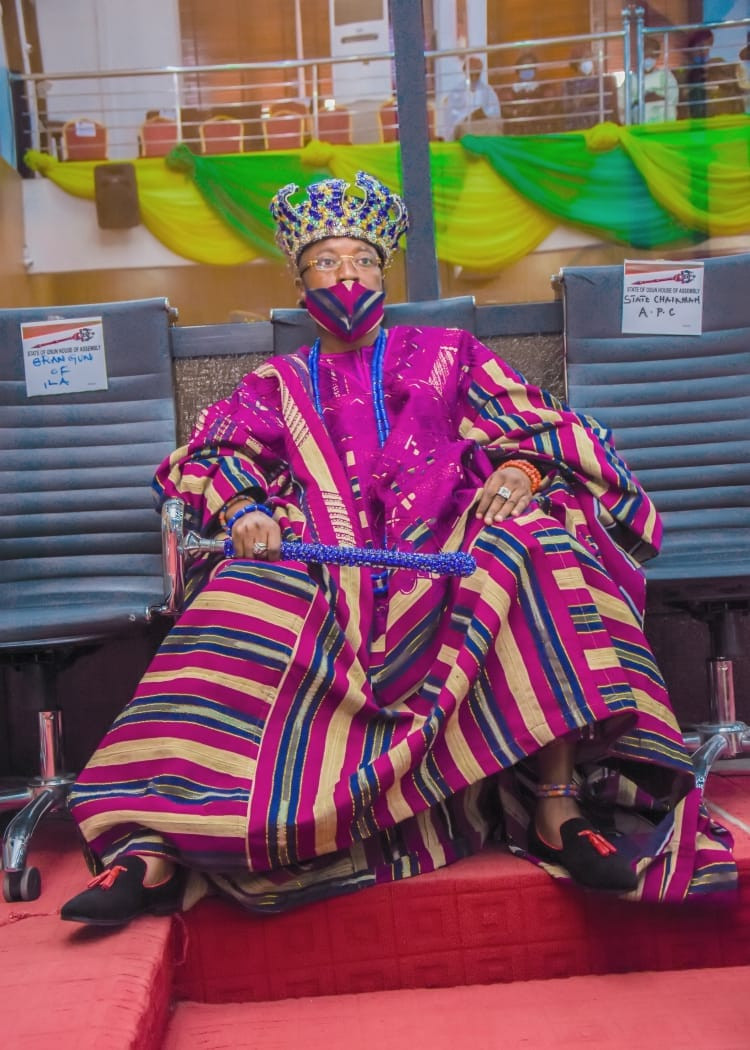 Heal the wound of 1967 civil war on Igbos, Oluwo of Iwo tasks FG

The Oluwo of Iwoland in Osun, Oba Abdulrasheed Adewale Akanbi, has tasked the federal government of Nigeria under President Muhammed Buhari, to heal the wound of the damages inflicted on various ethnic groups most especially the Igbos by the 1967 civil war.

Oba Akanbi expressed the need to call a unification conference to assess the destruction of the civil war to Igbos and provide palliative capable of promoting long term affinity among diverse ethnic groups in the nation.

Oluwo commended the resiliency and magnanimity of the Igbos towards Nigeria, describing the injury as enormous.

He stated the Igbos are major stakeholders in Nigeria’s technological advancement, innovation and invention, calling on federal government to call a stakeholders meeting to assess and render proficient succour worthy to erase the harms caused by the war damages.

He further pledged to visit Igbo monarchs soon to fraternize and talk on the country’s unity.

A statement by Oluwo through his press secretary, Alli Ibraheem,reads

“The damages incurred by the Nigerian Civil War of July, 1967 to 15th January, 1970 were monumental. The Igbos counted highest loss of human lives and properties. They are out brothers. The injury inflicted by the war is inimical to the unity of Nigeria. The feeling is still fresh in the brain of many victims and their children”

“I commend the magnanimity and resiliency of the Igbo. Despite the huge loss, they have moved on. Today, they are the leading industrialists in promotion of Nigeria’s technological advancement

“Calling a national dialogue will foster unity and heal the wound inflicted by the harm. We should learn from the past, forgives ourselves and forget. But for dreamed unity to achieved, the constituted authority of the federal government led by President Muhammed Buhari must lead the conference and render succour to the lead victims

“As a father to the nation, I patronize everyone. I’m the first traditional ruler in Nigeria to buy made in Nigeria Innoson vehicle. I’ve planned a tour to some Eze Ndigbo, Igwe and stakeholders to strengthen the unity of Nigeria. I am the Oluwo of Iwoland but I am also an Igwe,Obi, Eze in Yorubaland to all Igbos. Igbos are our brothers and sisters.” he added.