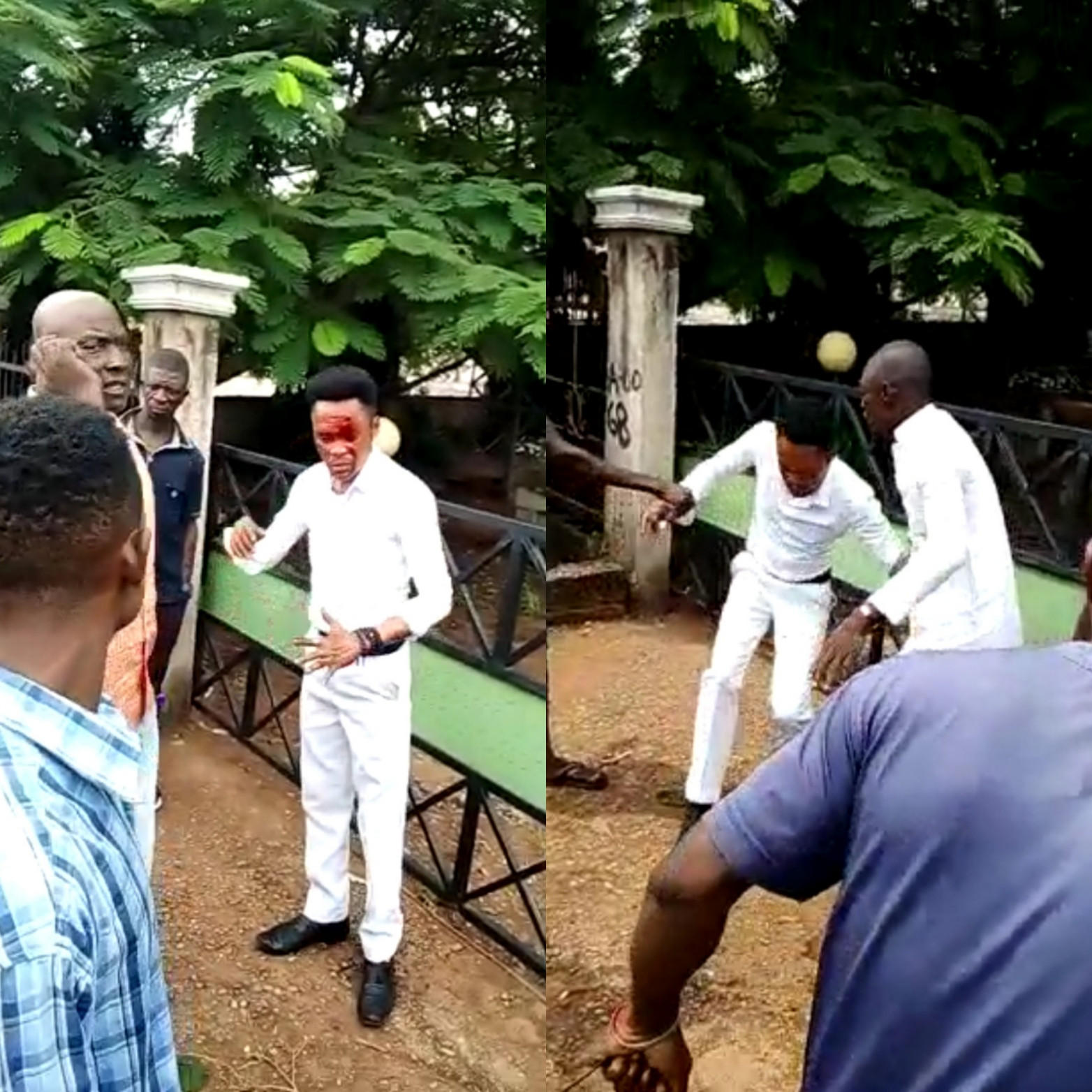 A pastor is lucky to be alive after a mob set on him following accusations that he stole a phone.

It was alleged that the pastor stole the phone around NNPC Mega station along Otukpo Road, Makurdi, Benue State, though the eyewitnesses didn’t provide proof to back up their allegations.

In a video shared with LIB, a small crowd is seen surrounding the pastor as they accuse him of theft by 11am today, October 18.

They tell the pastor that his action is “very wrong” before one man in the crowd makes a call to someone, asking them to come to the scene to “control this animal”.

Others at the scene are heard saying that they do not sleep well at night because of the crime rate in the area and it’s shocking to them that a man of God should be caught doing such.

The pastor is seen bleeding from the face after the men rough handled him.

Sokoto: About 30 feared dead as bandits attack on Goronyo