Nigerian music icon, 2Face Idibia in a series of posts on his Instagram stories recently, addressed people who are seemingly trying to make him go crazy.

It’s no news that the entertainer has been in quite a fix recently as various scandalous reports have trailed him, his wife, Annie Idibia and baby mama, Pero Adeniyi.

In a string of updates on his IG stories, the singer ponders whether his silence is why some people feel they have the pass to disrespect him, then says if maybe he exhibits toxic traits, they might relax.

He however declared that he won’t change himself for anybody and no one is going to make him lose his mind. See the posts he made, 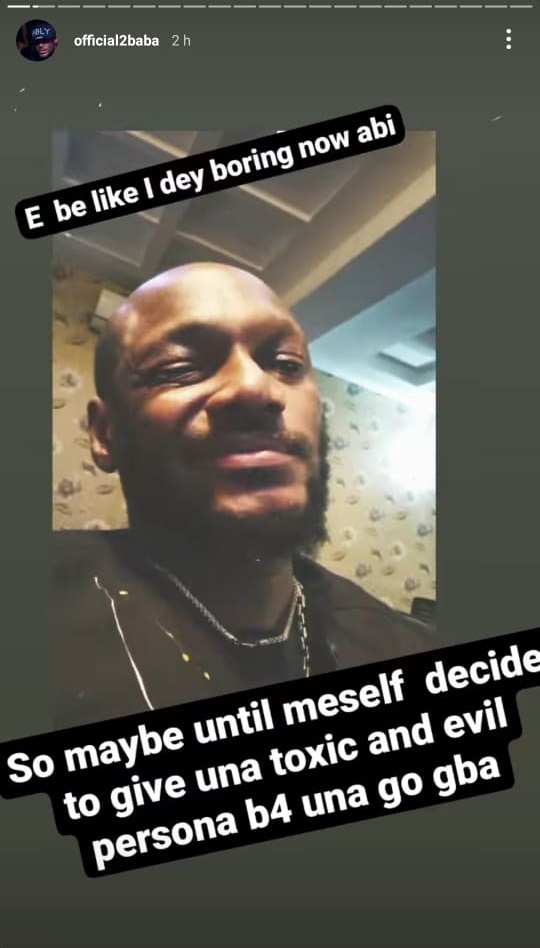 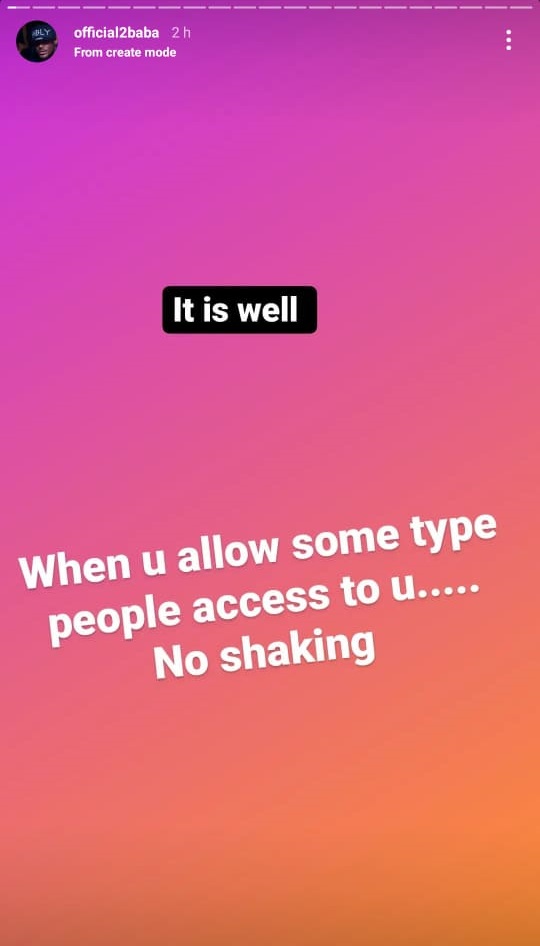 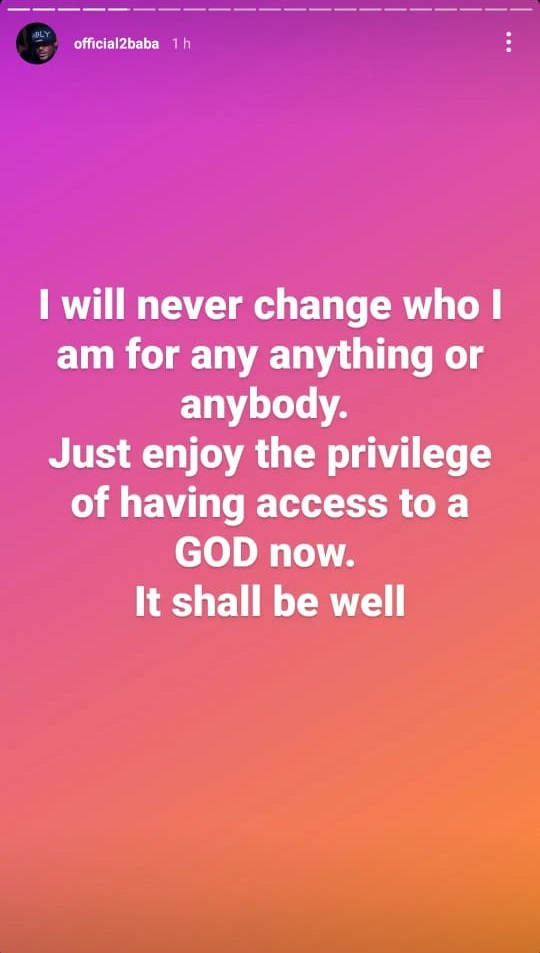 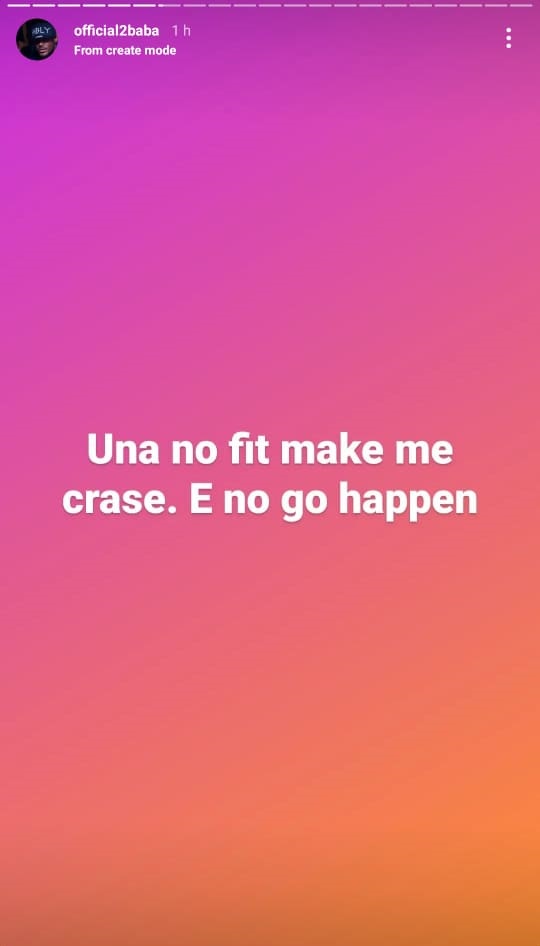 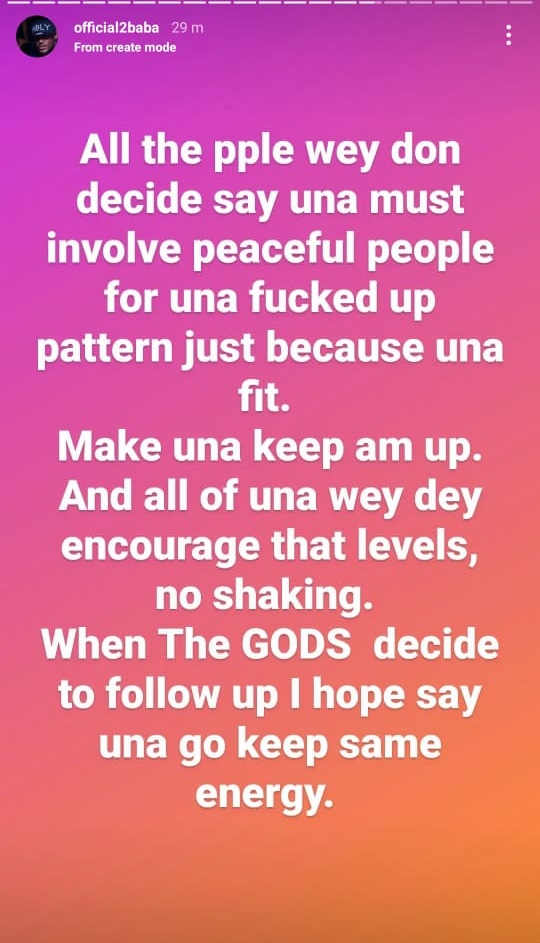 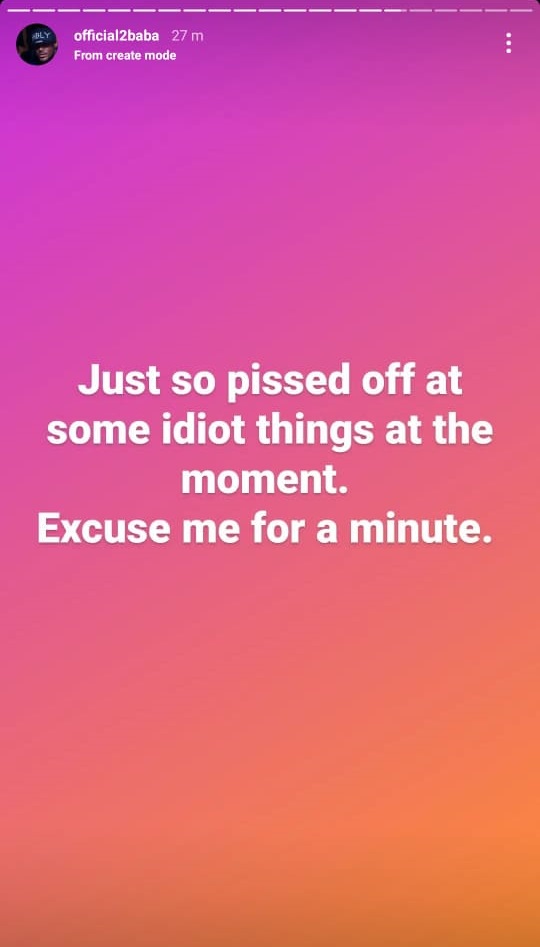