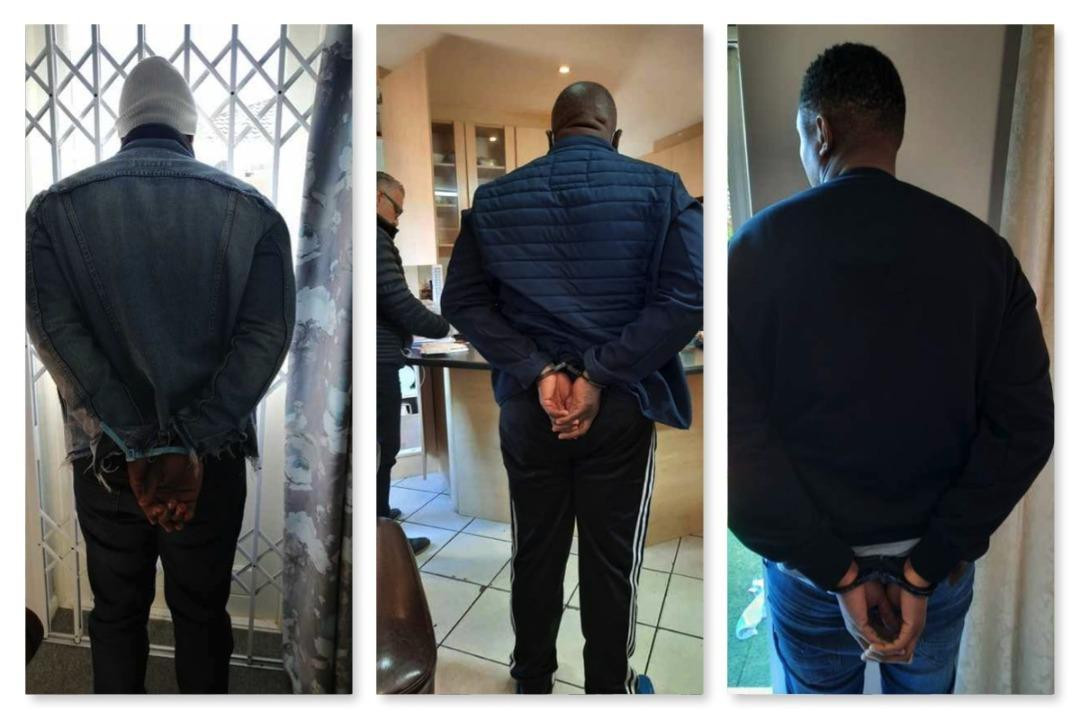 The Nigerian leaders of the syndicate

Eight members of a transnational organised crime syndicate originating from Nigeria were arrested by the Hawks and US law enforcement in a massive operation in Cape Town, South Africa on Tuesday, October 19.

The suspects aged between 33 to 52 were arrested for Internet scams, money laundering and international-wide scale financial fraud in Cape Town.

Mogale said the operation was initiated based on the Mutual Legal Assistance from Central Authorities of the United States of America that was approved by the Republic of South Africa.

She said all suspects were arrested during a large-scale operation in the early hours of Tuesday and would be charged with a variety of financial crimes, including conspiracy to commit wire/mail fraud/mail and money laundering.

“The suspects in this investigation are alleged to have ties to a transnational organised crime syndicate originating in Nigeria,” she said.

It is alleged that those suspects allegedly preyed on victims, many of whom were vulnerable widows or divorcees who were led to believe that they were in genuine romantic relationships but were scammed out of their hard-earned money.

The suspects used social media websites, online dating websites to find and connect with their victims.

Other modus operandi used by the suspects includes business email compromise, where email accounts are diverted in order to change banking details. They assumed fake names and trolled dating sites.

Mogale said once they had ingratiated themselves with their victims, they allegedly concocted sob stories about why they needed money – taxes to release an inheritance, essential overseas travel, crippling debt, etc. – and then siphoned money from victim’s accounts to the amount of R100 million.

She said the crimes allegedly committed by the suspects hit close to home. Neighbours, parents, friends and family would be targets of this organisation.

“The fraudsters intimidated and berated their victims, ruined their lives and then disappeared. We are confident that this investigation will have a significant impact on this region and beyond,” said Mogale.

The FBI estimates that more than 100 people lost more than R100 million in romance scams from 2011 till to date.

TiwaTape : Your “I stand with Tiwa” posts are unnecessary — Comedian Ashmusy tells Nigerians