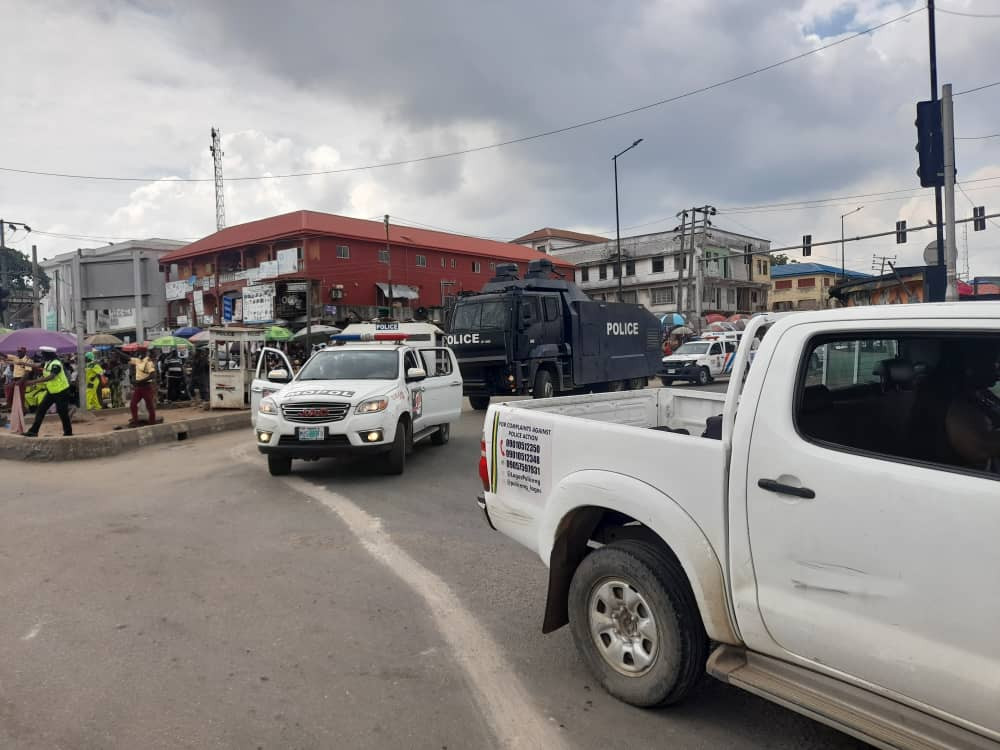 Men of the Lagos state police command today October 18 moved around with their vans and trucks in a show of force ahead of planned protests in the state tomorrow October 20 to commemorate the one-year anniversary of the #EndSARS protest.

Recall that in October 2020, Nigerian youths took to the streets to protest against police brutality. The protest however took a bloody turn on October 20 after it was hijacked by some thugs. Gunshots were fired after security agents stormed the Lekki tollgate where a majority of the protesters converged.

To commemorate the October 20, 2020 incident, some activists have planned to stage a protest in the state, a decision that has been frowned at by the state police command.

Men of the state police command this afternoon filed out in their numbers in their cars and trucks to show their strength ahead of the protest.

Kpokpogri was arrested and detained to enable him calm down