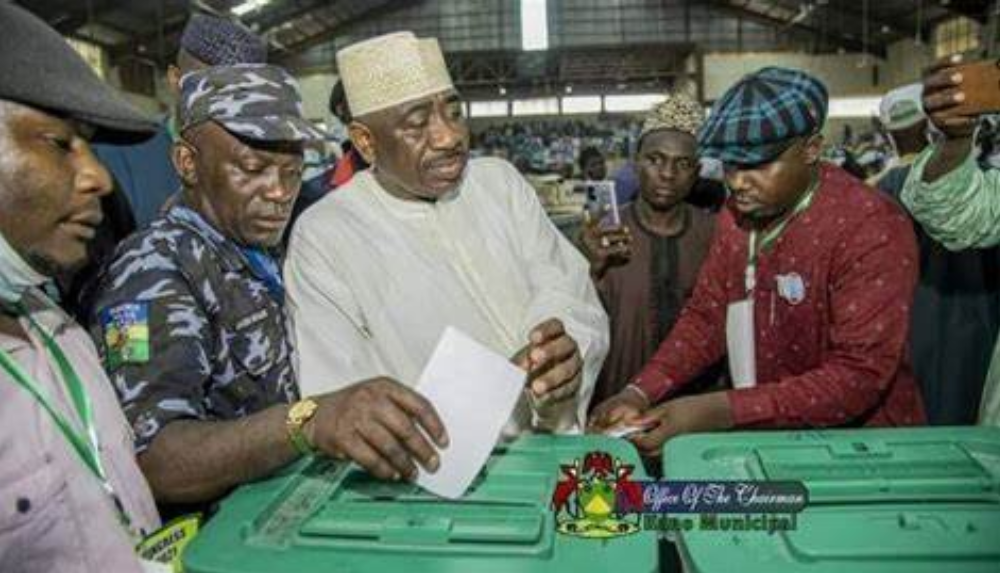 The police officer seen casting ballot during Saturday’s congress of the All Progressives Congress (APC) in Kano State, is currently investigated by police authorities.

The officer seen beside Abdullahi Abbas, the newly elected Chairman of Governor Abdullahi Ganduje’s faction casting his vote, has been identified as Bashir Mohammed and is attached to the Kano Government House, from where he was deployed to work with the state APC chairman.

Police Public Relations Officer in charge of Zone One in Kano, Abubakar Zayyanu said the Assistant Inspector General (AIG) in charge of the zone, Abubakar Sadiq Bello has ordered that the officer be probed over the “unprofessional act”.

“The attention of the Assistant Inspector-General of Police Zone one Headquarters, Kano, has been drawn to a trending picture on social media, of an inspector of police casting vote at the recently conducted Kano State congress of the APC along with his principal, the state party chairman, Abdullahi Abbas.

“The inspector of police has been identified as Bashir Mohammed of the Special Protection Unit, Base One, Kano.

“The inspector is attached to the government house, Kano from where he was deployed to work with the said Abdullahi Abbas as a security aide.

“In view of this seemingly unprofessional conduct of the inspector, the AIG has referred the matter to the Zonal X-Squad for investigation.

“If the inspector is found to have committed a disciplinary offence by this action, the appropriate disciplinary measure will be taken against him.”

Burnaboy and mom strike a pose with his look-alike (Photo)