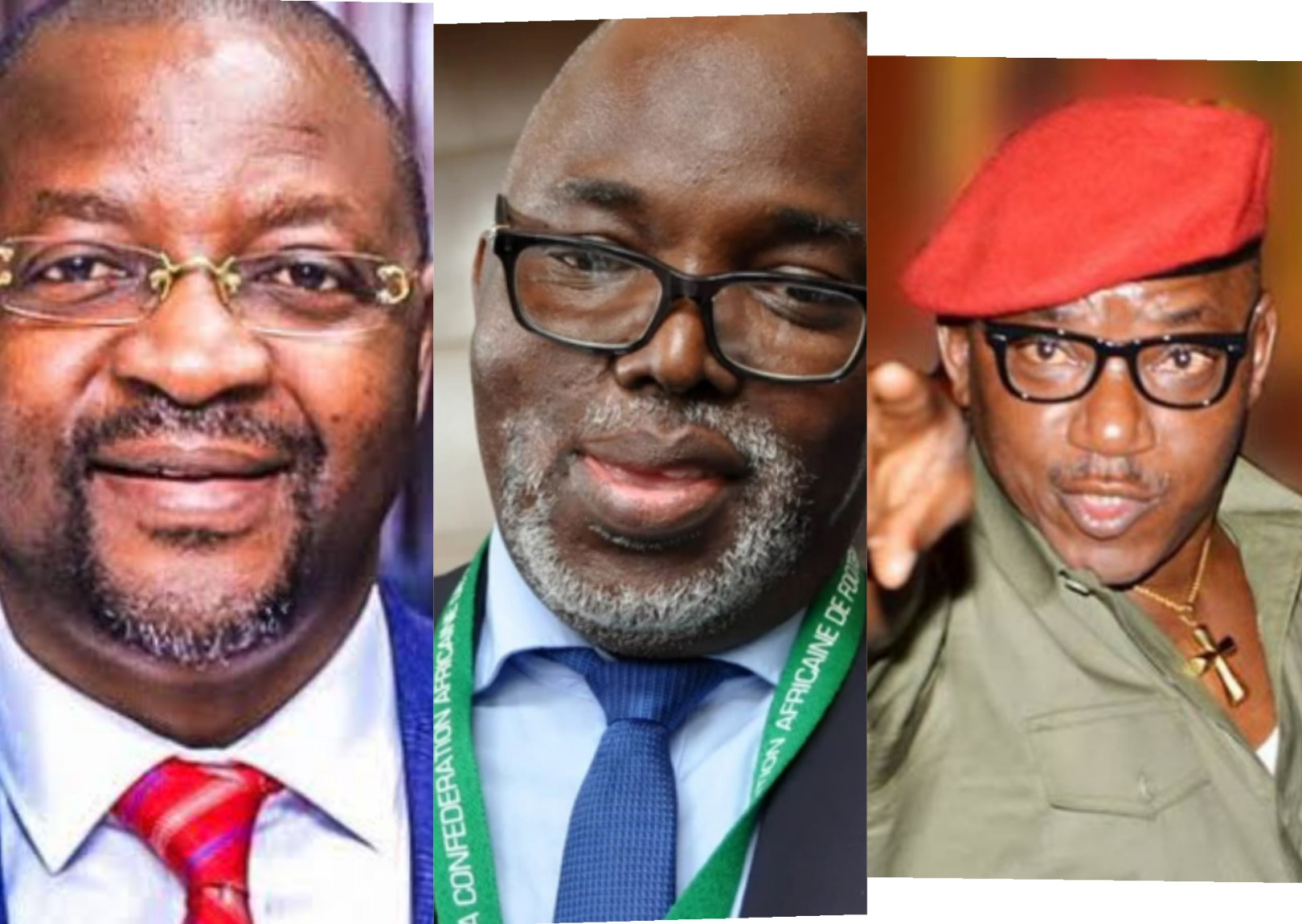 Nigeria Football Federation, NFF, President, Amaju Pinnick, has slammed the immediate past Minister of Youths and Sports Development, Barrister Solomon Dalung, describing him as an unserious person that shouldn’t be taken serious by anyone over his comments alleging the current sports minister, Sunday Dare diverted N1b funds approved by the Muhammad Buhari adminstration.

Sunday Dare had said that he was not the minister when the bonuses meant for the Women’s basketball team were owed.

In a video uploaded on the official Facebook page of the Federal Ministry of Youth & Sports Development, Nigeria, the minister had said, “These are allowances that are owed since 2017 when I was not even the minister.”

But Dalung responded saying that the N1 billion had been approved by the President, Major General Muhammadu Buhari (retd.), and released since August 2019 for the basketballers’ bonuses. Dalung had demanded the whereabouts of the money, pointing accusing finger at Dare to give explanation.

All this comes after members of D’Tigress basketball team had expressed their anger in a viral video, claiming that they are being owed allowances and bonuses and also threatening to boycott future call-ups to represent Nigeria for the 2022 World Cup qualification series if all outstanding allowances were not paid.

Pinnick (pictured center) has now come out to criticize Dalung.

According to Pinnick, Dalung shouldn’t have spoken about the alleged N1 Billion diversion of funds released by the President Muhammadu Buhari administration to his successor, Sunday Dare, for the National Female Basketball Team, and the failure to pay the D’Tigress since 2019.

In an interview on the Morning Show with ARISE TV programme on Tuesday,October 19, Pinnick said it is unethical for the former Minister to continue to cast aspersions on his successor.

According to Pinnick, Dare has brought stability to Nigerian sports.

When asked to comment on the allegation made by Dalung against Dare, Pinnick said, “I think that is very pathetic.

“You do not de-market or disparage a system or Government that gave you extraordinary opportunity to be a Minister. You enable that Government from behind.

“For instance, a month to the Olympics, Ese Brume’s dad was very ill. He needed money for surgery. He called me and I provided funds for him to go for the operation.

“The father didn’t call Ese because she was concentrating on her preparations for the Olympics.

“She never knew about the surgery until after the Olympics. That is how you help a system that nurtured you to that great height.

“So, what was his motive. To me there are somethings that are better left unsaid about the former Minister.

“You can’t come to public space and be criticising your successor daily, saying things that are not meant to be said. It is morally wrong, it is unethical.

“Under Sunday Dare, I am not here to defend him, there is relative stability in Nigerian football. I don’t want to go into any form of comparison because to say the truth, there is no basis for comparison.

“There are some people who shouldn’t be taken seriously. I don’t like talking about individuals when we should be talking about issues, issues that will bring about solutions and not killing myself over things that visibly, we all know that there is a motive. And what is that motive? It is a sense of entitlement to that office.”

Leaked s3x tape: “It will be hard for me to look at Tiwa Savage the same way” – Daddy Freeze (video)