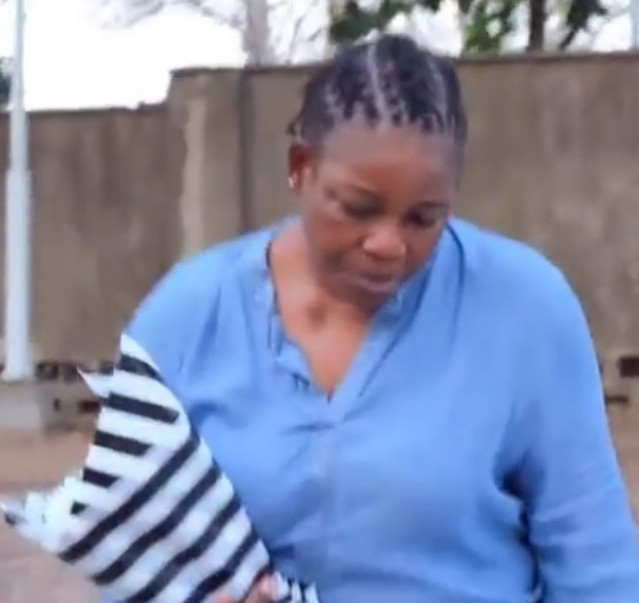 Ada Ameh made a visit to her daughter’s grave on the 1 year anniversary of her death.

Her daughter, Aladi Godgift, who was over 30 years old, died in Abuja last year following an unsuccessful surgery.

The grieving mother visited her late daughter’s gravesite to leave flowers. She was accompanied by her friend and colleague,  Empress Njamah.

Ada Ameh gave birth to Ladi when she was 14 years old and said her daughter was more  like a friend to her than a daughter.