Currently, there’s a heavy police presence at the Lekki tollgate as Nigerians plan to commemorate the one-year anniversary of the October 20 EndSars Lekki toll gate protest that turned bloody.

According to BBC, one of those arrested claimed he was a journalist while the other person stormed the tollgate with a placard with the intention to stage a protest.

The two persons are currently in police black maria vans. 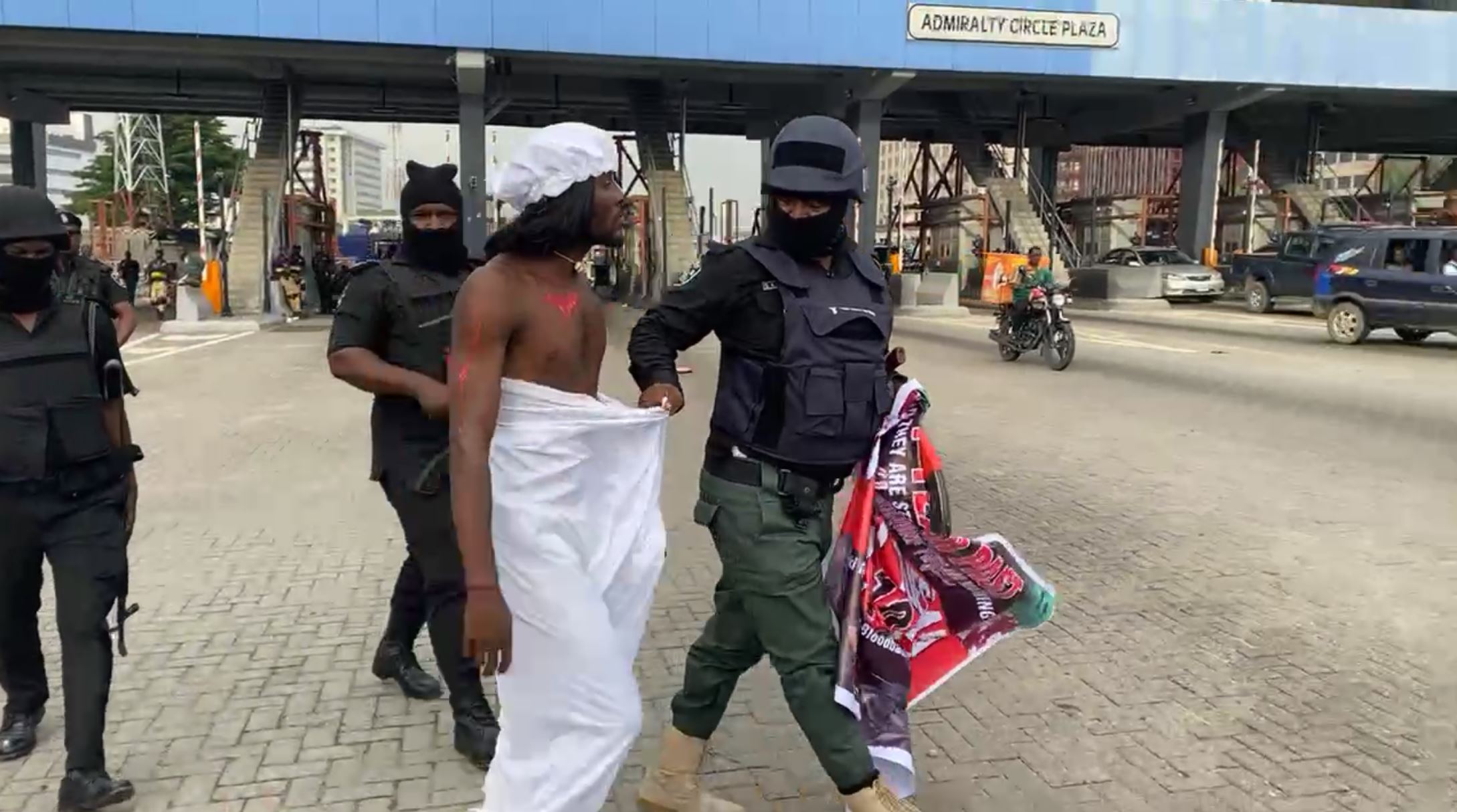 The state police command released a statement on Tuesday warning residents of the state against staging any street protest. According to the statement, only indoor and virtual events will be allowed.

See photos of police presence at the tollgate below: 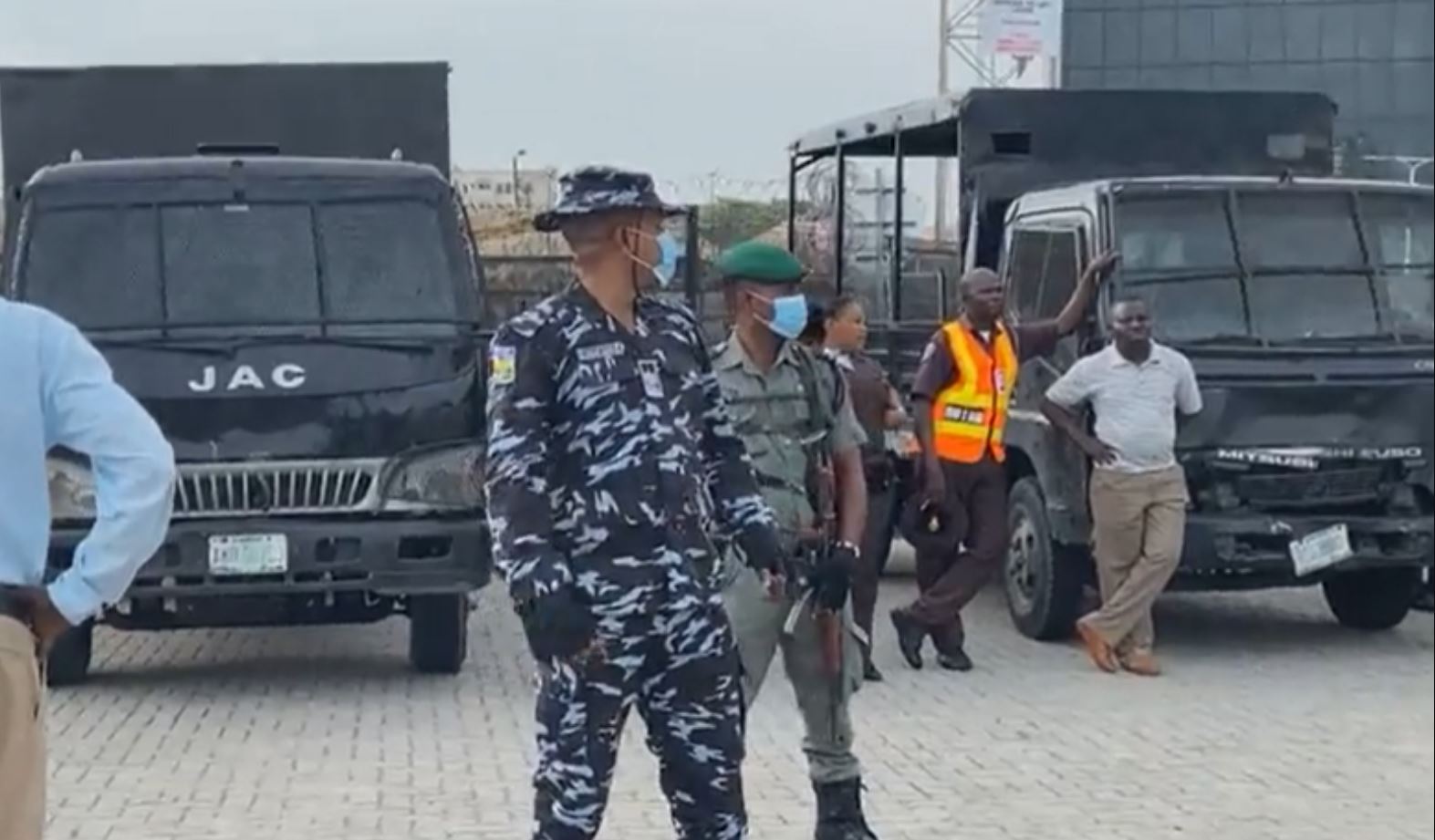 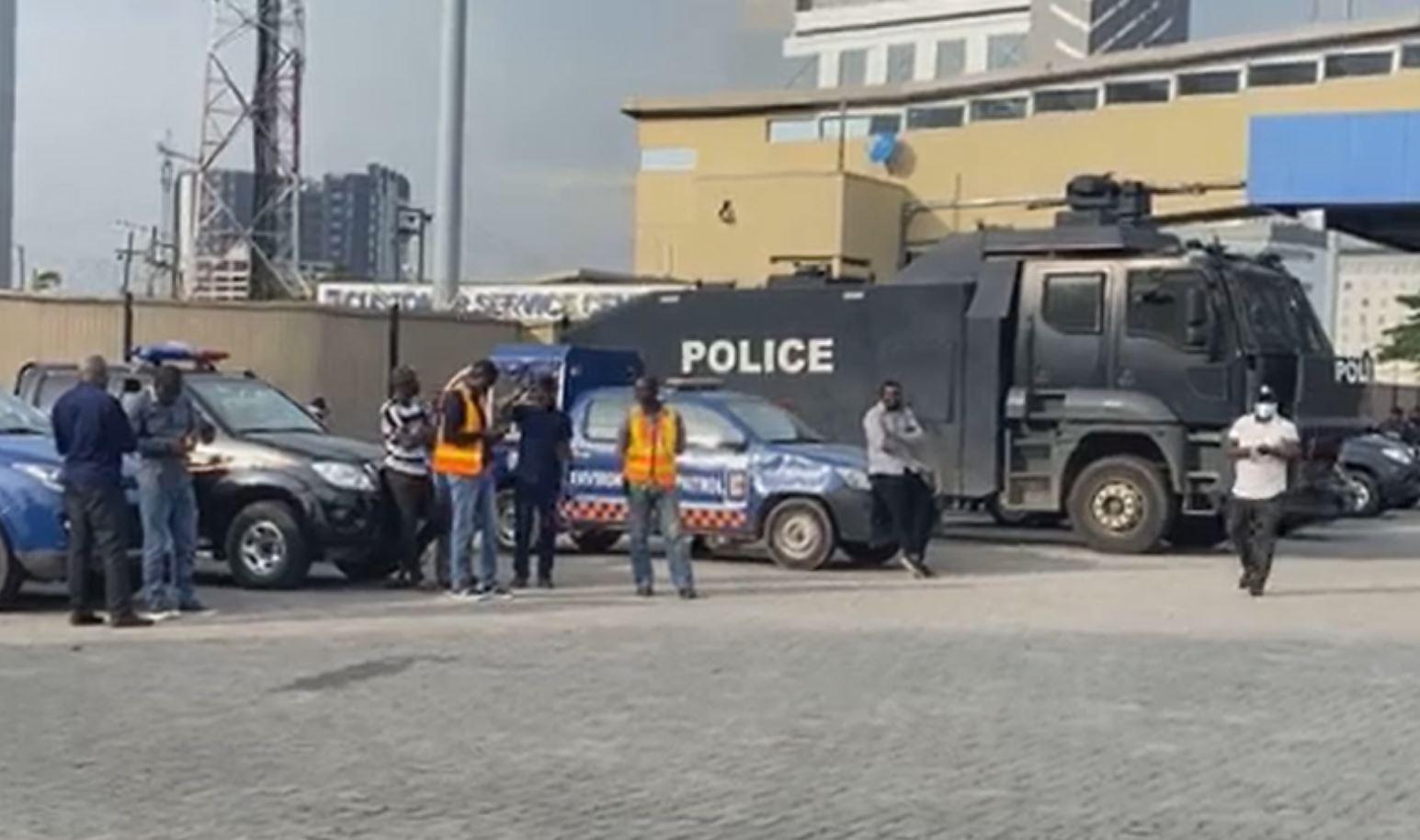 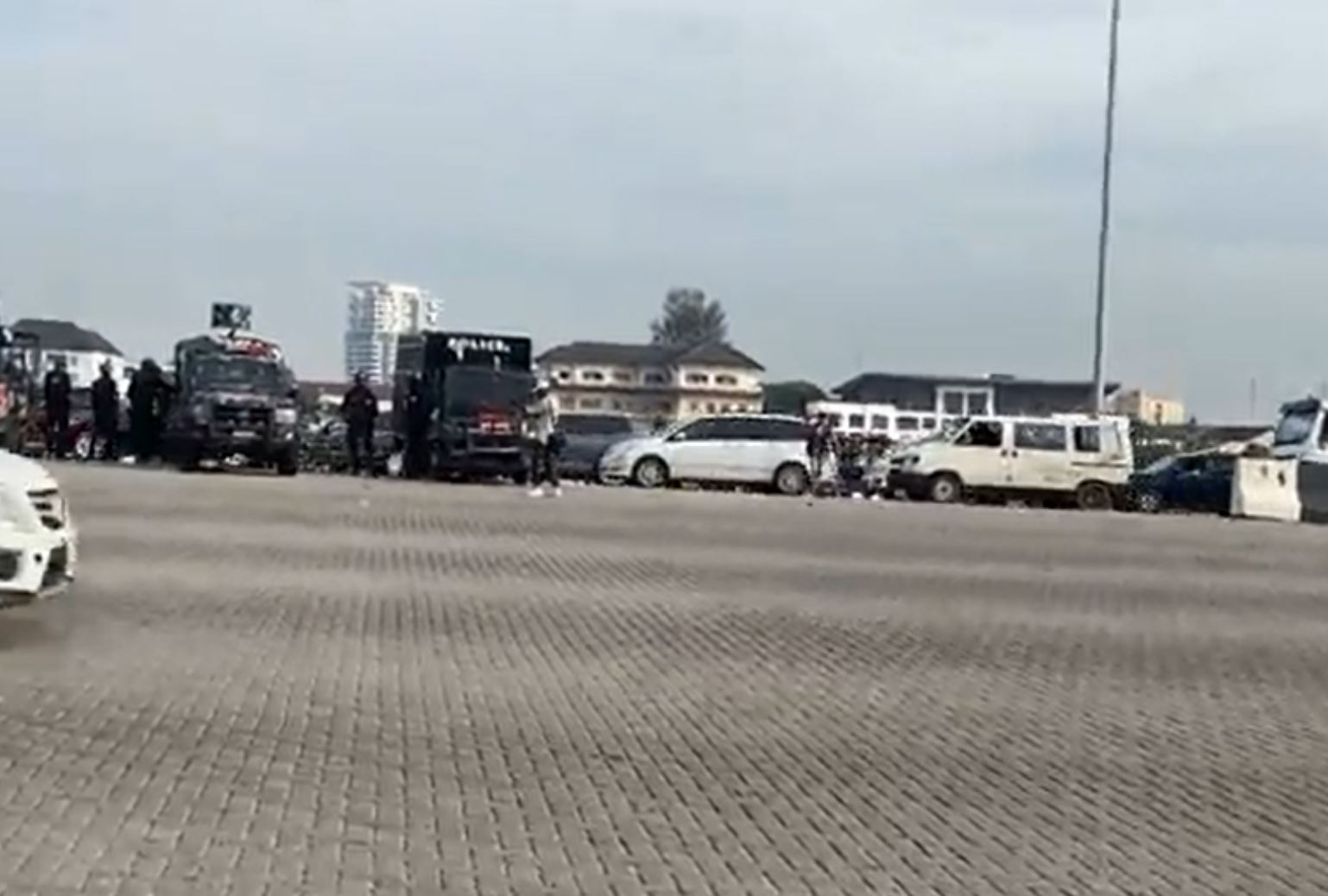 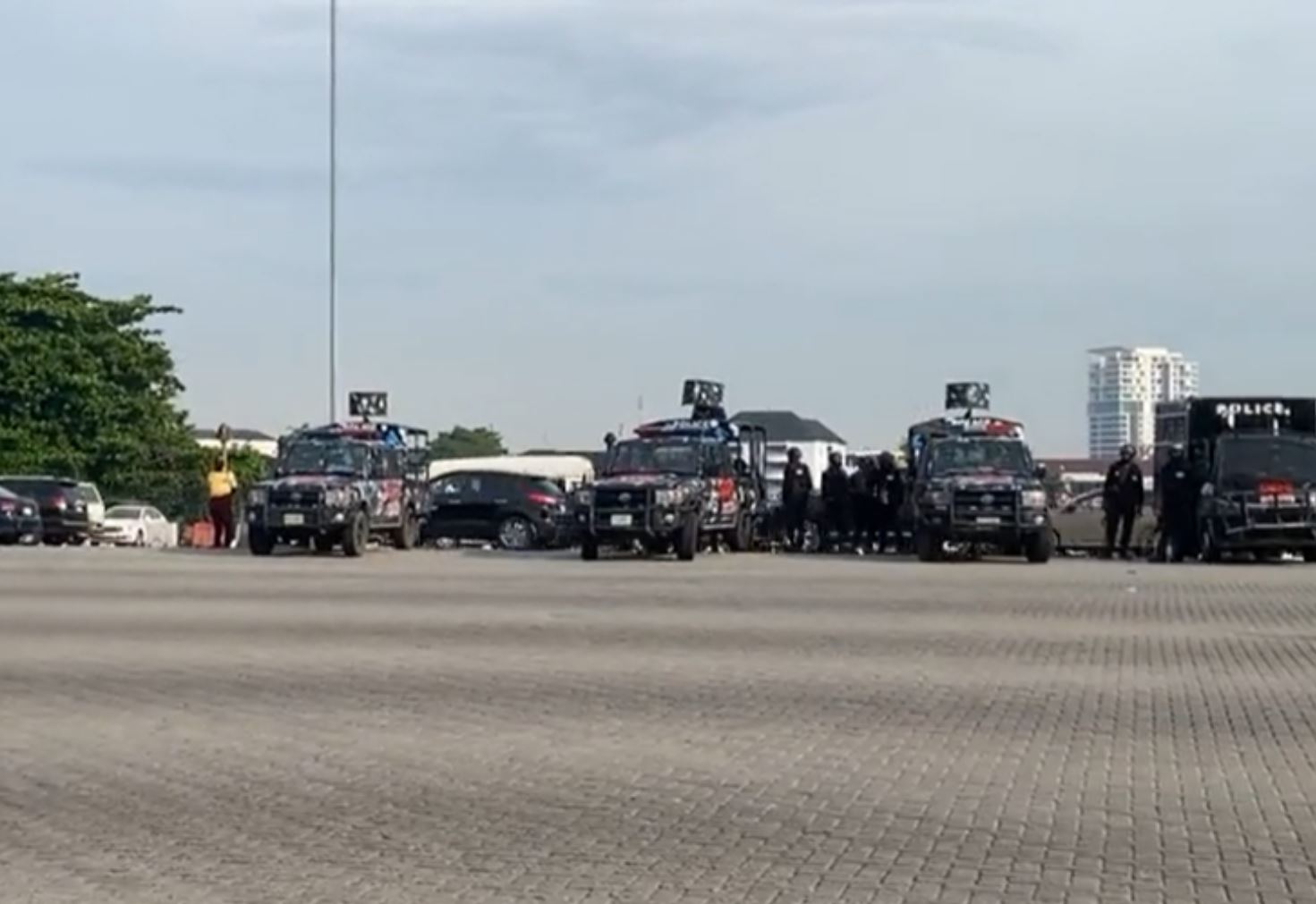 “Double my rent, I’m winning too much to still be paying the same rent” — Singer BlaqBonez tells his landlord (Video)

#EndSARSMemorial: Only governors have power over rallies