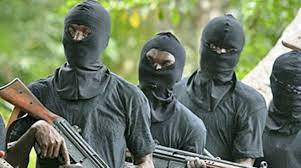 According to reports, the gunmen barricaded the Zungeru-Garun Gabas highway and stopped the vehicles which unfortunately arrived while they were there. The vehicles include an 18- seater bus and two other ones.

Villagers of Garun Gabas told newsmen that the gunmen were shooting for over 30 minutes before they took away the passengers.

The state police command says it would soon react to the incident.