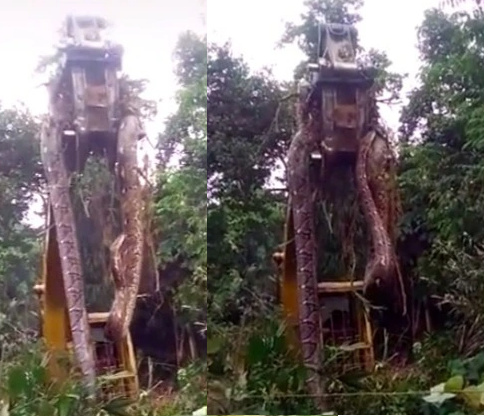 Footage shows the moment a “world record” snake was found in a forest and had to be lifted up by a digger.

The huge reptile appears to have been found by workers clearing part of the Dominica rainforest.

In the footage, the man filming can be heard saying in shock: “My mother, what?”

The snake, which is at least 10-feet long, is alive as it’s lifted by the digger.

Reddit users expressed their amazement at the size of the beast.

One said: “That looks like some world record s**t.”

Another posted: “For real. That thing’s actually jumbo.”

It is not clear what kind of snake appears in the video.