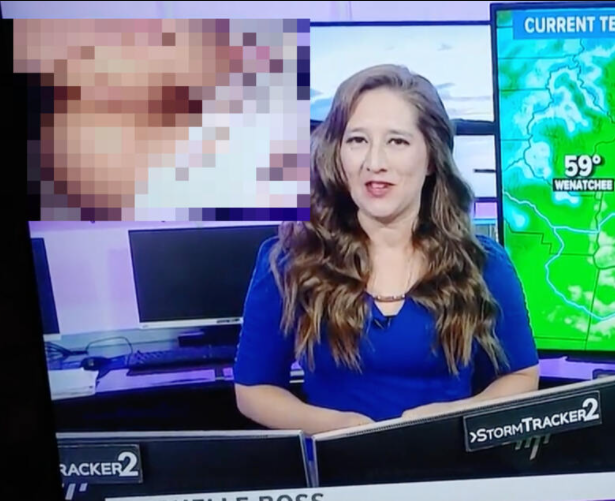 In the clip, from KREM news in Washington, US, the news anchor is apparently oblivious to the x-rated scenes playing behind her head as she talks about the weather.

“How long is it going to last?” asks anchor Cody Proctor as she discusses the warm weather in the state.

With naked people writhing on the screen above her shoulder, meteorologist Michelle Boss replies: “It can’t last forever, but it can last until the start of the week at least.

“And it looks like we’re going to get some bonus days of nice weather after a mild weekend and gorgeous temperatures.”

The women acted as if the explicit scenes were not playing, so it’s likely they couldn’t see what was being played on the screen.

KREM apologized to viewers hours later, during the 11pm newscast when an anchor said: “An inappropriate video aired in the first part of the show.

“We are diligently working to make sure something like this doesn’t happen again.”

Police said they were investigating and so far nobody has been found responsible.