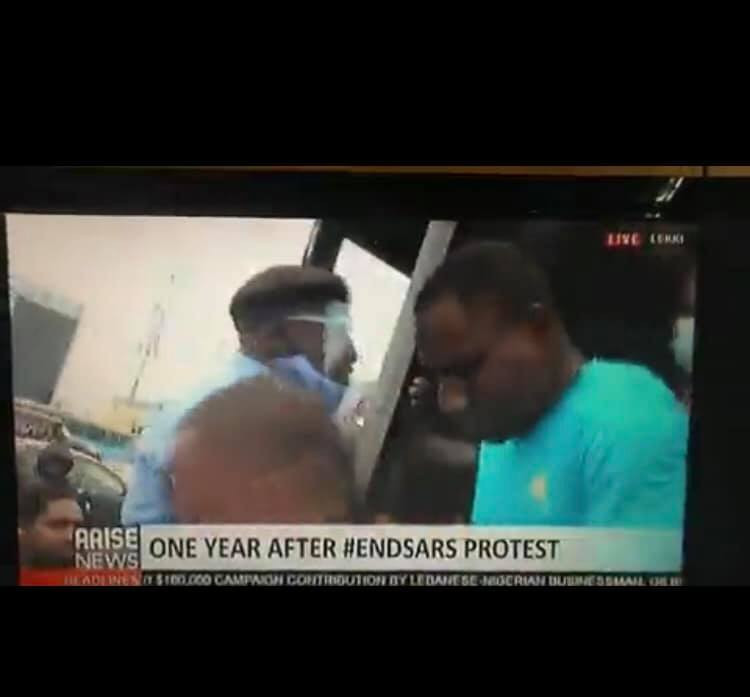 Some protesters, journalist and passers-by who were arrested at Lekki Toll Gate in Lagos following the ongoing #EndSARS protest memorial, have been released after being questioned by Lagos police commissioner, Hakeem Odumosu at the epicentre of the protest.

Their release were televised by some media outlets and some of them disclosed that they were dragged into a black maria by security operatives, even though they were not violent or linked to the protest.

BBNaija star, Queen shares emotional video of the moment she broke down in tears during the #EndSARS protest last year (watch)

Sound Sultan knew about his health condition and yet sacrificed his comfort to fight for the common man, Buhari was sick and he ran to London for 6 months