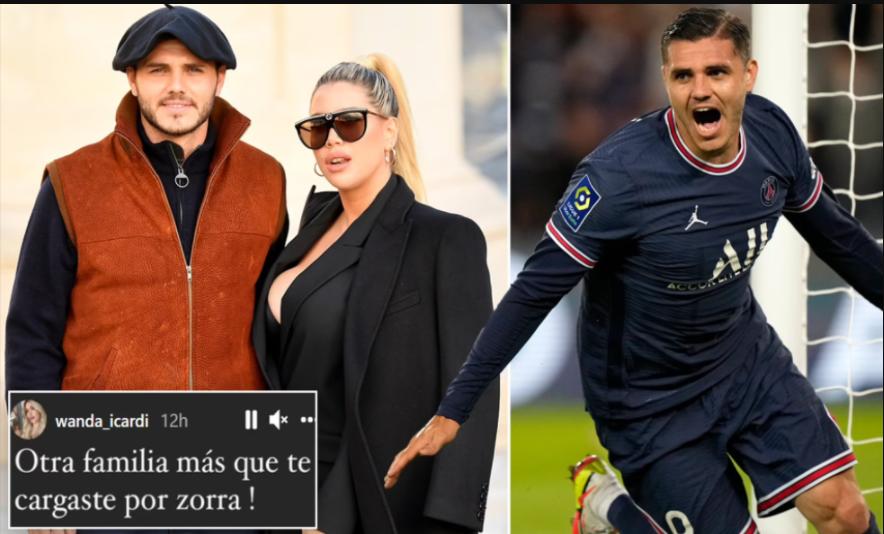 Paris Saint-Germain striker, Mauro Icardi has penned an emotional message on Instagram to thank his wife Wanda Nara after the pair reunited following their brief split over cheating accusations.

The Argentine international was given permission to miss his side’s crucial Champions League game with RB Leipzig following the public split from Wanda, who is also his agent.

But the celebrity couple appeared to have settled things as Icardi showed his gratitude to his wife for committing to their relationship after she had accused him of cheating on him.

He wrote: “Thank you my love for continuing to trust this beautiful family, thank you for being the engine of our lives. I love you

How much it hurts to hurt your loved ones. You only heal when you have forgiveness for those you hurt. @wanda_icardi”

Icardi, 28, and Wanda, 34, began their affair when the Argentine media personality was still married to his former team-mate at Sampdoria, Maxi Lopez.

The couple have two daughters together, alongside the three sons Wanda had in her previous marriage to Lopez.