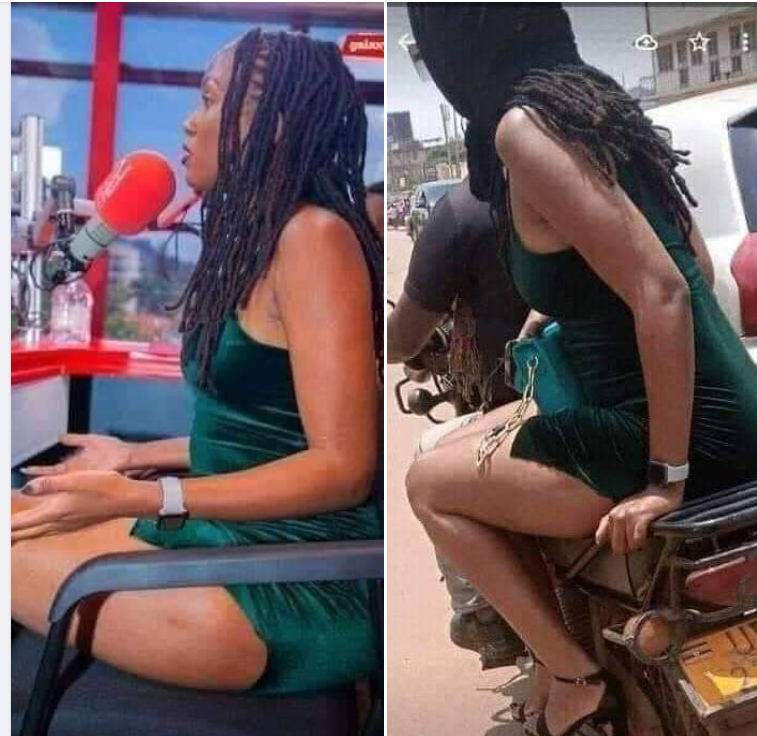 Ugandan socialite, Doreen Kabareebe mocked for boarding an okada after an interview where she said she can’t date a man who doesn’t have a car

Ugandan socialite, Doreen Kabareebe has been mocked online for boarding an okada after an interview where she said she can’t date a man who doesn’t have a car.

The former Miss Uganda contestant who is also known for sharing raunchy photos on social media, had told prospective lovers not to approach her if they don’t have a car.

Doreen said in the interview;

If you don’t have a car, don’t call my number

However she was spotted supposedly after the interview, wearing same gown, same hairstyle same wristwatch and sitting on a commercial motorcycle.

Doreen also acknowleged her time at the local radio station in a post shared on her Facebook page on October 13.

President Jair Bolsonaro should be charged with ‘crimes against humanity’ over the deaths of 600,000 people during the covid crisis

Actor Kanayo.O. Kanayo celebrates his son as he graduates from college