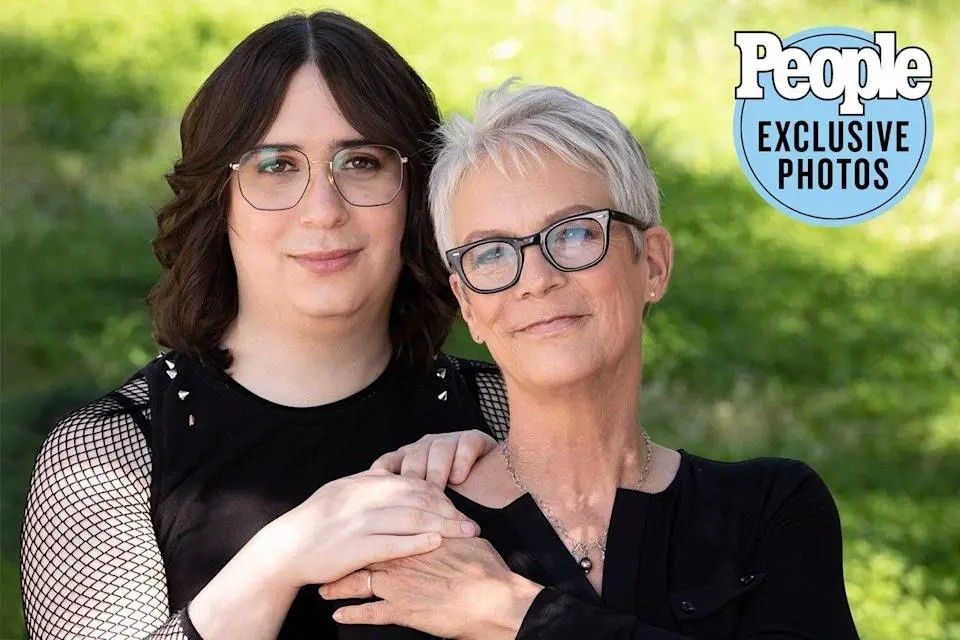 62-year-old “Halloween” star, Jamie Lee Curtis has revealed that her 25-year-old youngest child is a transgender.

The “Freaky Friday” actress told People Magazine that she and husband Christopher Guest “have watched in wonder and pride as their son became their daughter Ruby.” Ruby who works as a video editor for a YouTube gaming personality, came out to her parents, Hollywood star Curtis and comedy director Chris Guest last year.

Jamie admitted on Wednesday October 20, that “learning new terminology and words” has been a challenge at times, but she is determined to put in the work for Ruby. She also revealed that it has made her thoughtful.

The actress told the publication;

“It’s speaking a new language. I am new at it. I am not someone who is pretending to know much about it. And I’m going to blow it, I’m going to make mistakes. I would like to try to avoid making big mistakes.

“You slow your speech down a little. You become a little more mindful about what you’re saying, how you’re saying it. You still mess up; I’ve messed up today twice. We’re human. But if one person reads this, sees a picture of Ruby and me and says, ‘I feel free to say this is who I am,’ then it’s worth it.”

Recounting her experiences publicly for the first time, Ruby told People magazine that the prospect of telling her mother and father “something about me they didn’t know” was “scary”.

“It was scary, just the sheer fact of telling them something about me they didn’t know.

“It was intimidating  but I wasn’t worried. They had been so accepting of me my entire life.”

Ruby revealed that she was “about 16” when she began to think about her gender identity. She told the publication;

“A friend of mine who is trans asked me what my gender was. I told them, ‘Well, I’m male.’ After, I’d dwell on the thought. I knew I was, maybe not Ruby per se, but I knew I was different.

“But I had a negative experience in therapy, so I didn’t come out immediately when I probably should have. Then, seven years later, still being Tom at the time, I told the person who is now my fiancé that I am probably trans. And they said, ‘I love you for who you are.’”

Jamie was surprised that Ruby “said her dead name” during their interview, adding;

“I haven’t ever heard her say that name. It so doesn’t fit anymore. That was, of course, the hardest thing — just the regularity of the word, the name that you’d given a child, that you’ve been saying their whole life.”

The actress also confessed that she and Guest, 73, “still slip occasionally” and forget to use the correct pronouns for their daughter.

Ruby however said “I don’t get mad at them for that”. Jamie and Ruby’s bond is so tight, as it was also learnt that the actress plans to officiate her daughter’s wedding next year.

“This is our family’s experience. I am here to support Ruby. That is my job, just as it is to care and love and support her older sister, Annie, in her journeys. I’m a grateful student. I’m learning so much from Ruby. The conversation is ongoing. But I want to know: How can I do this better?”

“You’ve done the most you can, and that’s all I want. Helping others is something everyone should do. I don’t think it’s only our household thing. It should be a human thing.”

You have a big problem if other people’s misfortunes make you happy and feel better about yourself — Singer, Johnny Drille