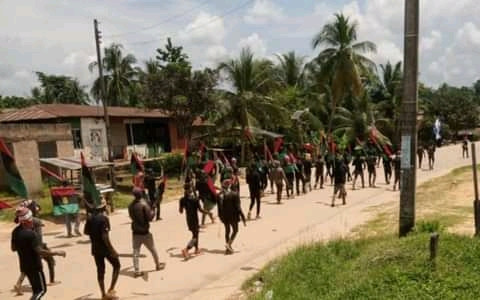 Some alleged members of the Indigenous People of Biafra (IPOB) were killed by soldiers around the palace of Eze Aro in Arochukwu Local Government Area of Abia State on Wednesday October 20.

The publication reported that five members of the pro-Biafra group were killed and the gunfire exchange led to pandemonium in the Abia community.