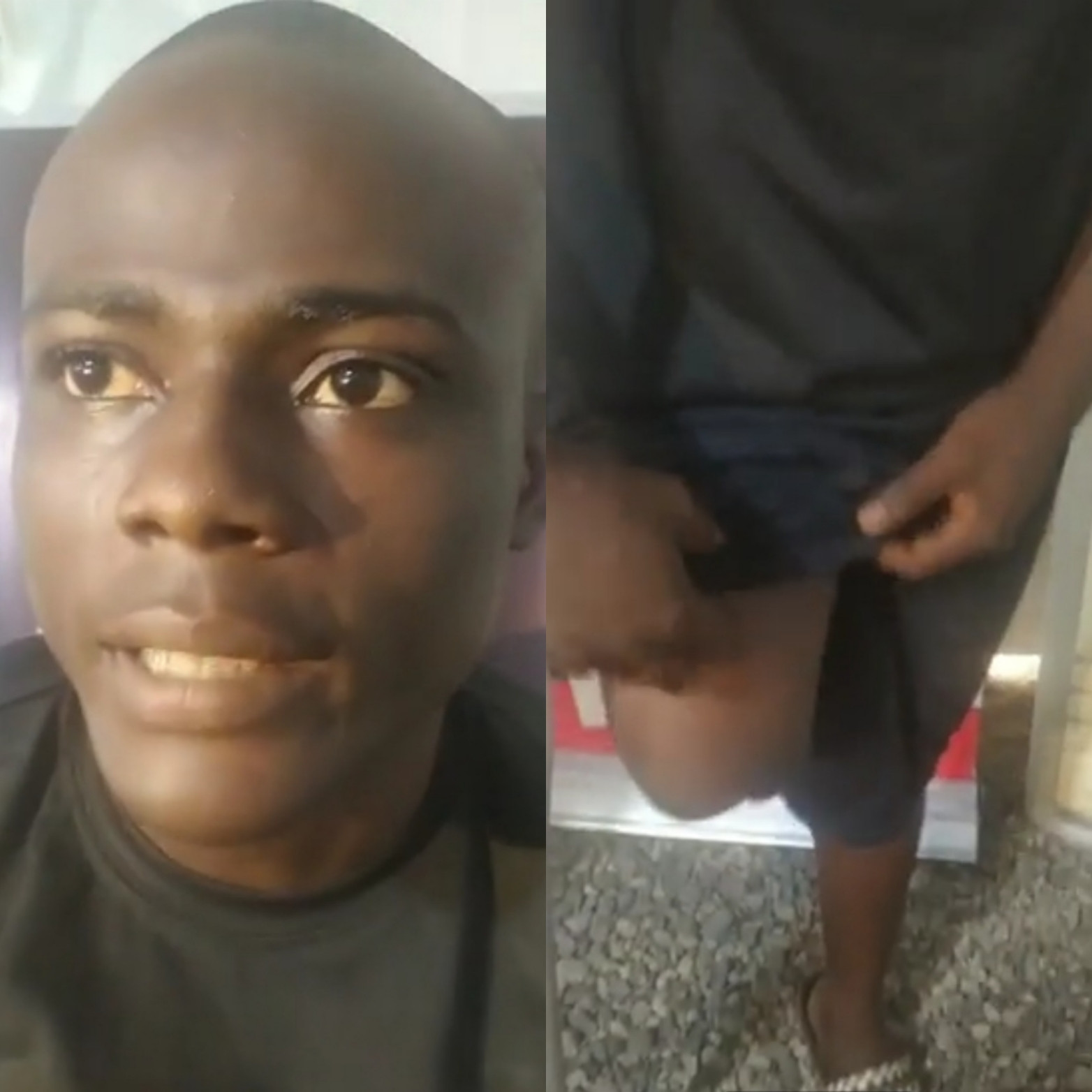 A man named Faleye Olalekan has come out to claim he is a victim of the Lekki tollgate shooting which occurred on October 20, 2020.

He claims he was at the tollgate with other protesters when the lights were put off and uniformed men opened fire on them, striking him.

He said after he was shot, it was other End SARS protesters that helped rush him to the hospital. He was later transferred to a second hospital

At the second hospital, he said he was informed that his leg will have to be amputated.

He said that since the surgery was done to amputate his leg, he has been calling on the government to act but nothing has been done for him.

He said he has also been going to court in search of justice but they are not “judging anything”. He said the panel set up to look into police brutality keep saying they will get back to them but nothing has been done since the panel was set up till now.

The interviewer then asks the alleged victim: “But they said they didn’t shoot on that day.”

The alleged victim responds: “They shot oh. They can’t lie that they didn’t shoot. They know the truth, they can’t touch the truth.”

This comes after Lai Mohammed, the Minister of Information and Culture, insisted no one was killed at the Lekki tollgate on October 20, 2020.

He called the Lekki tollgate shooting a “phantom massacre” in a statement he released on the one year memorial of the shooting.

BBN star, Sammie recounts his reaction after making it to BBNaija despite his speaking disability