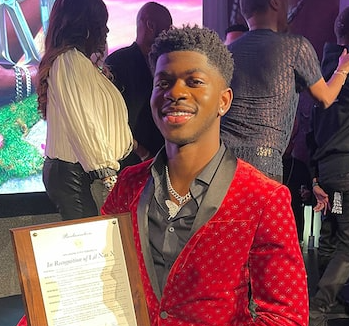 Lil Nas X is getting his own special day in Atlanta.

The city just declared Oct. 20 as “Lil Nas X Day” in honor of the rapper.

The Atlanta City Council surprised Nas with a plaque commemorating the special honor.

Atlanta says Lil Nas X is shaping the city and the world with his “artistic influence and transformative influence”, hence the honor.

Lil Nas X got the plaque Wednesday night, October 20, at a special dinner at The Gathering Spot Atlanta and it was presented by city councilman and mayoral candidate Antonio Brown, the city’s first Black LQBTQ+ council member.

Lil Nas X was born and raised in the Atlanta area.

Kandi Burruss, Todd Tucker and Miss Lawrence were among the celebs on hand to see Lil Nas get the special honor.