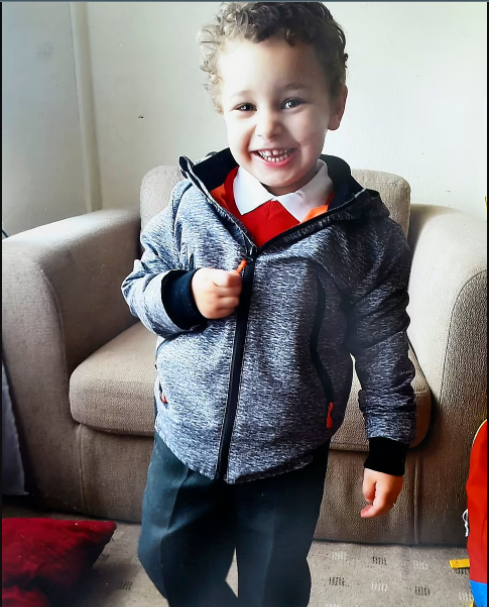 Boy, 14, is charged with murder of five-year-old boy who was found dead in river

A 14-year-old schoolboy in London has been charged with the murder of five-year-old boy.

The teenager, who has not been named by police because of his age, is due to appear at Cardiff Magistrates’ Court later.

Logan Mwangi, also known as Logan Williamson – was found dead in Ogmore River near Pandy Park in Bridgend after police were called to a report of a missing child at 5.45am on Saturday July 31.

He was taken to the Princess of Wales Hospital in the town, where it was confirmed that he had died.

Logan’s step-father John Cole, 39, has also been accused of murder after he was found with a string of injuries.

Cole, Logan’s mother Angharad Williamson, 30, and a boy have also been charged with perverting the course of justice.

‘He will appear before Cardiff Magistrates Court this morning.’

Logan was in a nursery class at Brynmenyn Primary School in Bridgend where he was loved by pupils and staff.

Mother Lois Shepherd, 25, left a cuddly toy baby shark chosen by daughter Maisie-Rae, four, after news of his death was made public.

She said at the time: ‘I’m just shocked and gobsmacked – the is such a small community everyone is feeling the pain of what happened.’

A mother of two who drove two miles to the scene said through tears in August: ‘I didn’t know the little boy and his family but I felt I had to come.

An inquest opening heard Logan was discovered in the River Ogmore, in Sarn, Bridgend on July 31.

A post-mortem examination was carried out but a provisional cause of death was pending further investigation.

Assistant South Wales Coroner Rachel Knight said: ‘I am satisfied it’s necessary to open an inquest as there is reason to expect his death maybe violent or unnatural.

‘I have seen correspondence from the CPS in this case which says people have appeared in criminal courts and a trial date has been set.’

Cole, Williamson and the youth are set to face a four-week trial next year to decide on their part in the tragic death of ‘cheeky boy’ Logan.

A court previously heard the youngster suffered ‘extreme pain’ in an attack before he was found following a search.

A provisional trial date for all three was set for January 31 next year with a time estimate of four weeks.