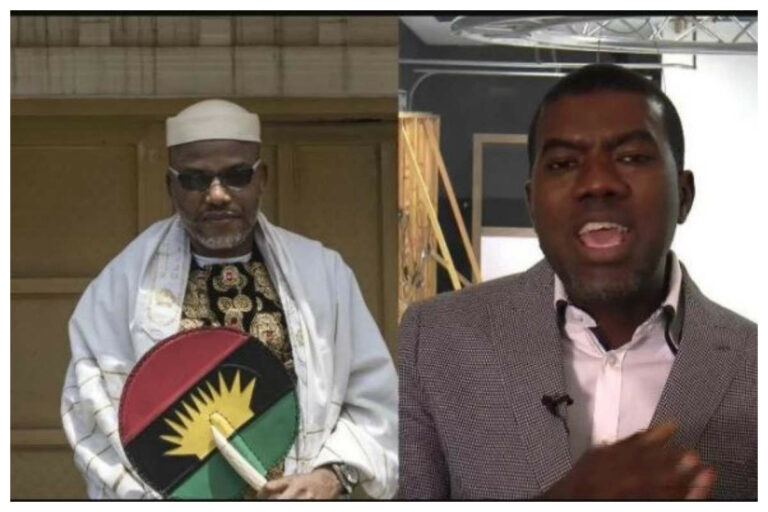 Charging Nnamdi Kanu for insulting Buhari is an abuse of power. Buhari himself insulted Obasanjo, Jonathan and Yar’adua

Former presidential aide, Reno Omokri has said that leader of Indigenous People of Biafra, Nnamdi Kanu being charged with insulting President Buhari is an abuse of power.

LIB reported earlier that the IPOB leader in the new amended charges filed by the Nigerian government, was accused of refering to “President Muhammadu Buhari, who is the Commander-in-Chief of the Federal Republic of Nigeria as paedophile, terrorist and an embodiment of evil “knowing same to be false”, which contravenes Section 357 of the Criminal Code Act, 2004.”

He added that if insulting Buhari is a crime, then all Nigerians including his wife Aisha, should be persecuted for the same reason.

If General Buhari feels slighted that Nnamdi Kanu allegedly called him “an idiot”, “a pedophile” and “a terrorist” then he should sue him for libel, slander or defamation in a civil court. Expressing a negative image about someone, even a President, is not a criminal offence! Charging Nnamdi Kanu for insulting Buhari is abuse of power. Buhari himself insulted former Presidents Obasanjo (as recently as last year) and Jonathan as well as Yar’adua. If insulting Buhari is a crime, then all Nigerians, including Aisha Buhari, should be tried!