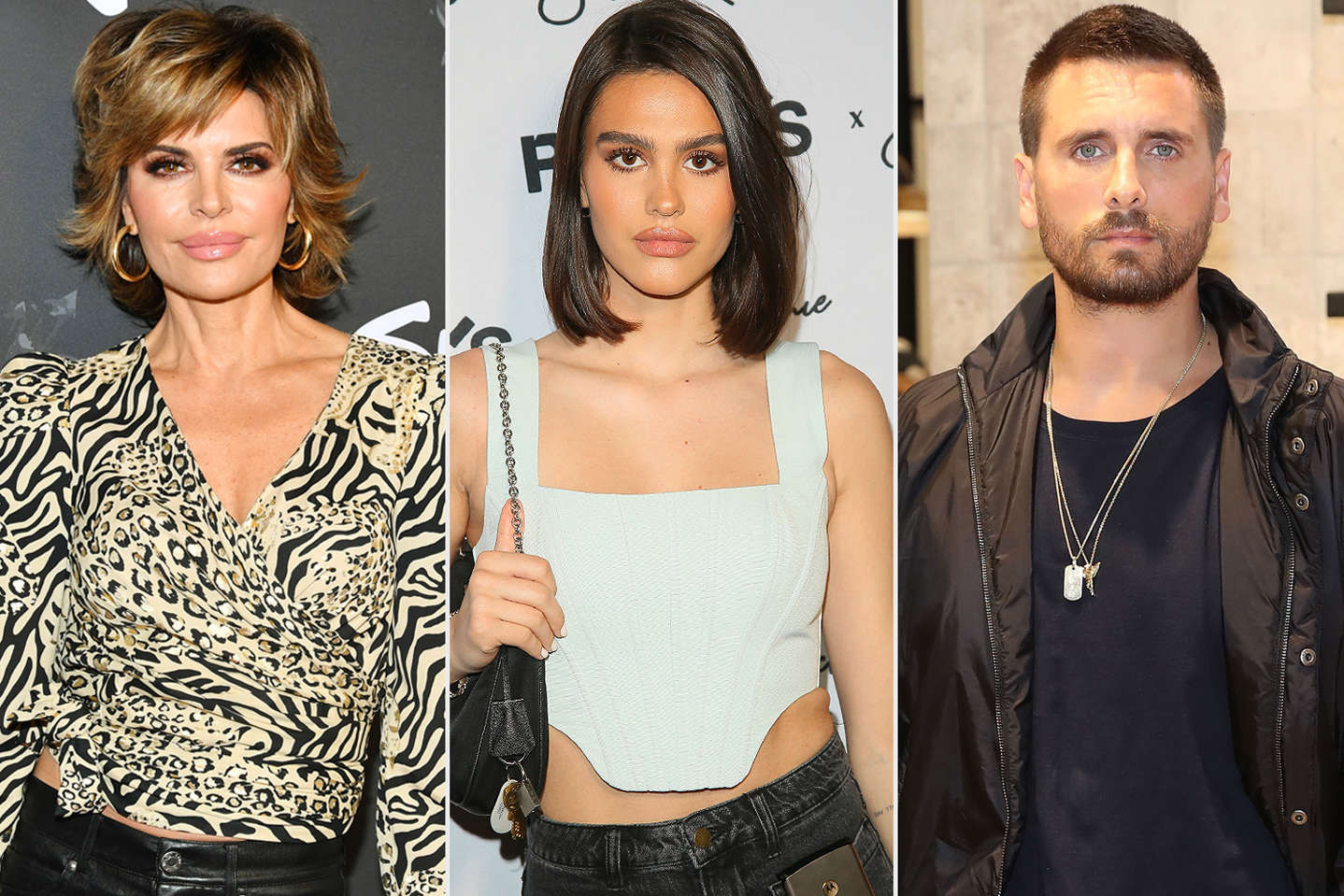 American actress and television personality, Lisa Rinna has explained why her daughter, Amelia Hamlin broke up with socialite and Keeping Up With The Kardashians star, Scott Dissick.

Lisa spilled the tea during the “Real Housewives of Beverly Hills” reunion,  telling Andy Cohen it was Amelia who broke up with Scott, and not the other way around.

The actress admitted that Scott Disick’s leaked DM about his ex Kourtney Kardashian, played a role in her daughter Amelia Gray Hamlin’s decision to dump the Talentless founder. Rinna was also quick to clarify that the incident wasn’t the only thing that made Hamlin, 20, end her relationship with Disick, 38, in September.

“There’s never one reason why I think people split up, you know.

When RHOBH reunion host Andy Cohen asked Rinna if she encouraged her daughter to end her relationship with Disick, Rinna said Hamlin made the choice “on her own.”

Hamlin and Disick split shortly after Bendjima, 28, shared Instagram DMs he claimed came from Disick in August. In a screenshot of the alleged messages, Disick appears to shade Kardashian for PDA with her now fiancé, Travis Barker, while the two were on a trip to Italy.

“Yo is this chick ok!???? Broooo like what is this. In the middle of Italy,” Disick purportedly wrote in a private Instagram message to Bendjima, 28, along with a photo of Kardashian, 42, and Barker, 45, smooching in public.

Bendjima wrote back, “Doesn’t matter to me as long as she’s happy. PS: i aint your bro” before sharing a screenshot of the conversation with his followers.

Shortly after the model put Disick on blast, things went south for the “Flip It Like Disick” star’s romance with Hamlin, with a report saying the duo had hit a “rocky patch.” Hamlin subsequently seemed to shade her then-boyfriend by sharing a picture of a shirt that read, “Don’t you have a girlfriend?” That same week, the news of their split broke.

Rinna seemed to celebrate their breakup at the time, savagely posting a smiley face emoji on social media. Disick and Hamlin, who have an 18-year age difference, were first linked as a couple in October 2020.

Dissick previously dated Kourtney Kardashian from 2005 to 2015. They share three children: Mason, 11, Penelope, 9, and Reign, 6. Kourtney has since moved on with the Blink-182 drummer, to whom she got engaged earlier this week.