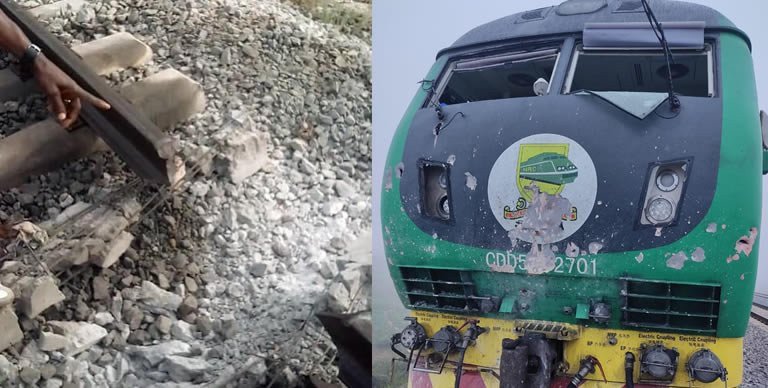 The Nigeria Railway Corporation has stopped services on the Abuja-Kaduna route after insisting that train tracks were vandalized.

LIB reported earlier that Kaduna-bound passengers were forced to return to Abuja after being unable to get to their destination as a result of the damage on the track. While former senator representing Kaduna Central, Shehu Sani stated that the tracks were bombed by bandits, Managing Director of the Nigeria Railway Corporation (NRC) Mr. Fidet Okhiria, blamed vandals for the act.

The NRC in a statement shared on website, stated that it has suspended operation on Abuja-Kaduna route for the safety of passengers and crew members.

The corporation said efforts are being put in place to ensure absolute safety along the route and further information concerning the suspension will be conveyed to the public shortly.

Abuja/Kaduna Train Service Station Manager, Paschal Nnorli has however told Punch that there was an attack on the train, but could not tell if it was with an explosive.

He was quoted saying;

“Yes, there was an attack, but right now I cannot confirm if it was an explosive or bomb attack as people are saying.

“Investigations are ongoing and I’ll give you updates as they come in. Out engineers have been mobilised to the area. And right now we have suspended services.”

Prosecutors in Karim Benzema’s sex-tape blackmail trial call for the Real Madrid striker to be handed 10-month suspended sentence and €75,000 fine on Friday