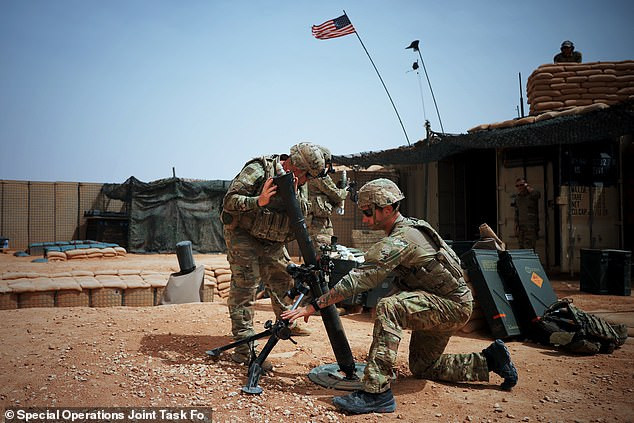 No US troops were injured and it is not clear who carried out the attack.

A US official said the attack appeared to include at least one drone strike and possibly groundfire at the base in Al-Tanf, Syria, which houses some of the 900 US soldiers in Syria. The base is also located on a road serving as a vital link for Iranian-backed forces from Tehran, all the way to southern Lebanon and Israel.

‘Explosions resounded from the Al Tanf base used by the US-led coalition’ fighting Daesh group, the Britain-based Syrian Observatory for Human Rights said in a statement. Daesh is a name used locally for ISIS.

The official who spoke on condition of anonymity said there was no information on whether local Syrian forces were injured or killed in the attack.

Photo of Baba Ijesha in court as rape trial continues