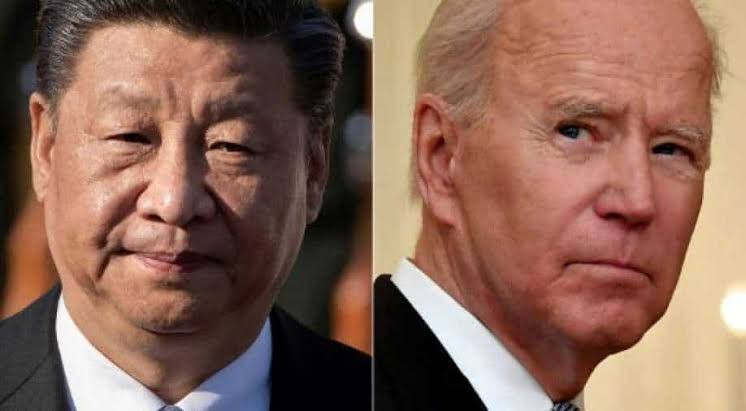 US President, Joe Biden has vowed to come to Taiwan’s defense if it comes under attack from China .

In recent weeks, Beijing has sent dozens of warplanes near into Taiwan’s Air Defense Identification Zone (ADIZ), and Chinese President Xi Jinping has said that “reunification” between China and Taiwan was inevitable.

Taiwan is a self governed island and has been that way in the last 70 years after a civil war that made it’s inhabitants flee mainland China. The US continues to supply Taiwan with military training and weapons but it wasn’t clear in the past if the US was willing to go to war with China over Taiwan.

Asked twice during CNN’s town hall on Thursday night, October 21 whether the US would protect Taiwan if China attacked, Biden said it would.

“Yes, we have a commitment to do that,” he said.

Biden has made similar statements in the past, only to have the White House say longstanding US policy had not changed toward the island.

Under the “One China” Policy, the US acknowledges China’s claim of sovereignty over Taiwan.

“The U.S. defense relationship with Taiwan is guided by the Taiwan Relations Act. We will uphold our commitment under the Act, we will continue to support Taiwan’s self-defense, and we will continue to oppose any unilateral changes to the status quo,” the official said.

Biden said Thursday he was not concerned about an intentional military conflict with China but indicated he was worried about unintentional escalation.