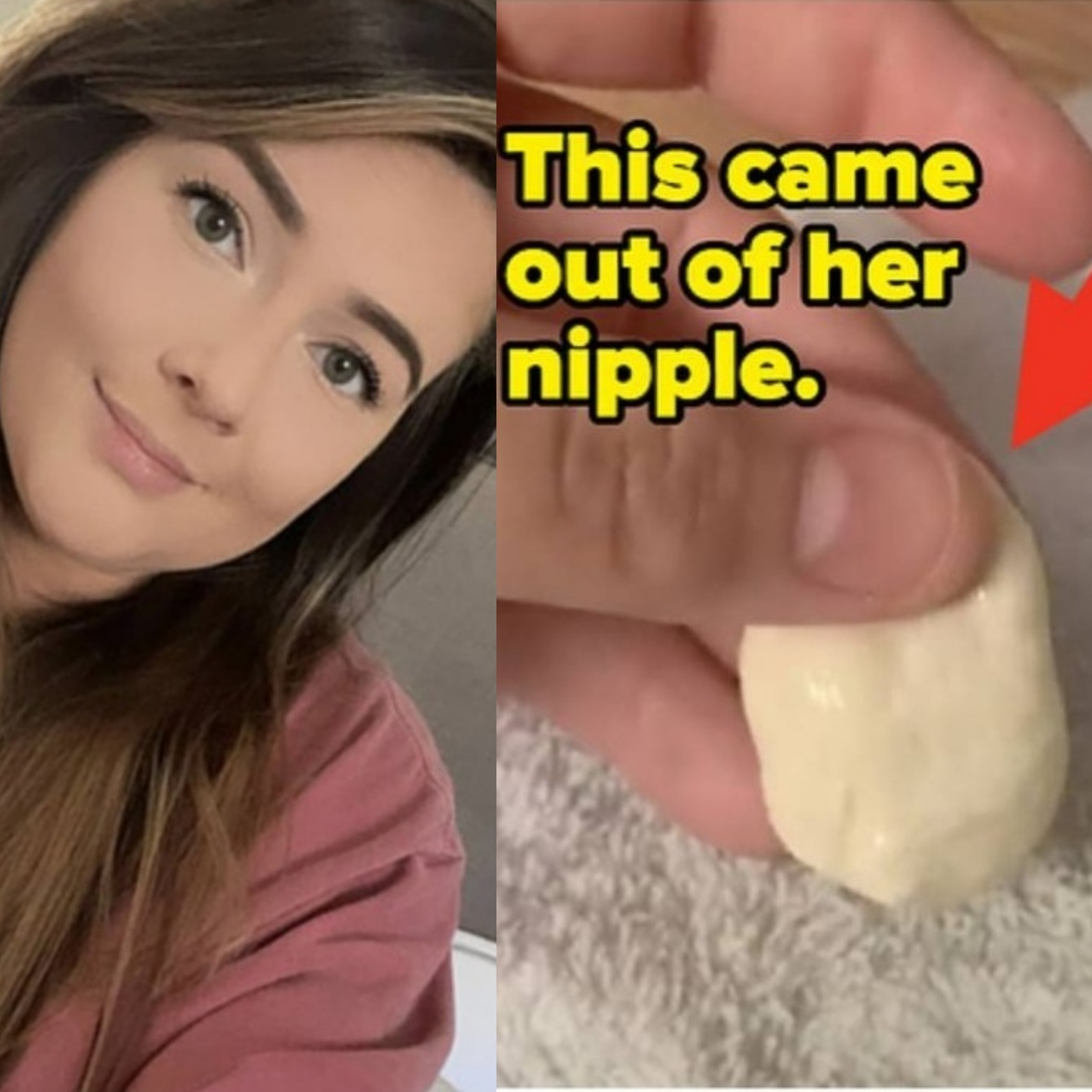 A woman is encouraging other mothers to listen to their bodies after she developed sepsis because of a clogged milk duct.

Tyler-Marie Oates, 28, shared a video of clotted milk that came out of her nipples.

Rather than come out in liquid form, the milk came out of her nipple in a lump.

According to Oates, whose video has been viewed more than 10 million times, she knew something was off in April 2020, three weeks after she gave birth to her daughter, when she began to develop flu-like symptoms.

After initially brushing the symptoms off as typical parent exhaustion, Oates said that she went to the emergency room when her high fever and difficulty pumping breast milk made her suspect she might have mastitis.

Mastitis, which most commonly affects women who are breast-feeding, is an inflammation of breast tissue that sometimes involves an infection, according to the Mayo Clinic, which notes the inflammation often results in breast pain, swelling, warmth and redness.

Oates shared her concerns with doctors in the emergency room, however, she told BuzzFeed that the development of the infection was still early, so doctors had difficulty diagnosing her.

By the next morning, the new mother told the outlet that her symptoms had gotten worse, and that her breast “had started turning red, was swollen, and extremely full”.

“When I would pump, hardly anything would come out, and if it did, it was blood,” she recalled. “There was a crazy amount of pressure, it almost felt as if my boob was going to explode.”

After Oates began displaying symptoms of sepsis, a “potentially life-threatening condition that occurs when the body’s response to an infection damages its own tissues,” according to the Mayo Clinic, she said she was seen by an OB/GYN and a doctor from the infectious disease unit, who swabbed her breast and eventually diagnosed her with mastitis.

According to Oates, she spent the next three days attempting to pump out the infection, with doctors eventually sending her home. However, after two days, she developed sepsis again and returned to the hospital, at which point doctors informed her that she would have to undergo surgery or pump the clots out.

“I was already away from my daughter for almost [a week] and was determined to get back to her. So, I took pain meds and with the help of my boyfriend and the amazing lactation nurses there, I pumped and got it out,” Oates told the outlet, recalling how the clots would “burn on their way out” of her nipples during the “extremely painful process”.

Oates shared a sample of the clotted milk that came out of her nipple on TikTok with the caption: “In case your significant other doesn’t believe you that a clogged duct hurts, show them this. I went septic from mastitis and this was one of the many clots I passed.”

On TikTok, where she shared two videos of the clots, many viewers have expressed horror over the medical issue.

Other mothers revealed that they also developed mastitis, with someone else describing the feeling as “one of the worst pains I’ve ever felt”.

As for why Oates decided to share the videos, she told BuzzFeed that she wanted them to be a reminder to women to listen to their intuition when it comes to their bodies and health.

2023 elections may be disrupted without restructuring

Why do you people love oppressing us so much? Comedian Mr Macaroni asks authorities as he reveals that the taxi driver who was pepper-sprayed by security operatives is yet to find his car