Grammy-award winning Nigerian singer, Burna Boy took a lot of his fans by surprise after he took to his Instagram page recently to flaunt his new beardless looks.

On his Instastories, the self-acclaimed African Giant shared a short video clip of himself, showing off a fresh beardless look… which most of his fans have now considered to be a rather weird look.

Sharing the video, he wrote,

“Had to shave my beard 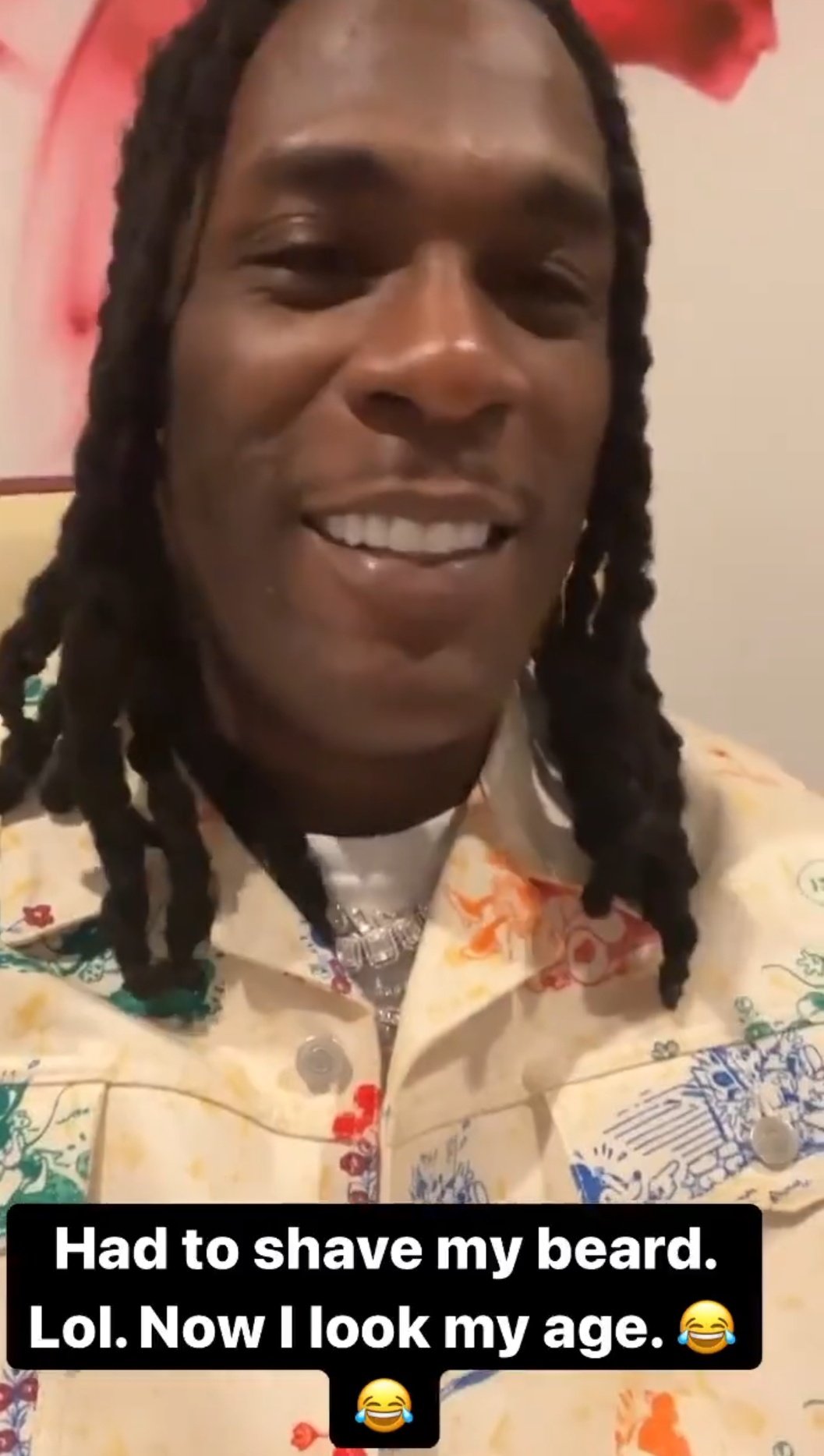 Watch a video of him,

The movie which is projected to be the most watched series on Netflix is a fictional drama in which adults enmeshed in debt are recruited to play children’s games to win a huge sum of money.

The plot twist of the movie is that losers are killed instantly. Squid Game portrayed betrayal, survival of the fittest and psychological twists.

Taking to his Instagram story to share his opinion about the K-Drama, Burna Boy stated that it is an actual reality of how people don’t truly love anyone when it comes down to survival. He further added that it really breaks his heart.

“Squid Games is actually the reality of how no one really truly loves anyone when it comes down to survival. A reality that breaks my heart”, he wrote.

Why is God punishing us for a fight he is having with the devil?- Bisi Alimi asks

“I will never give 1 kobo of my money to any police officer” – Singer, Ruggedman