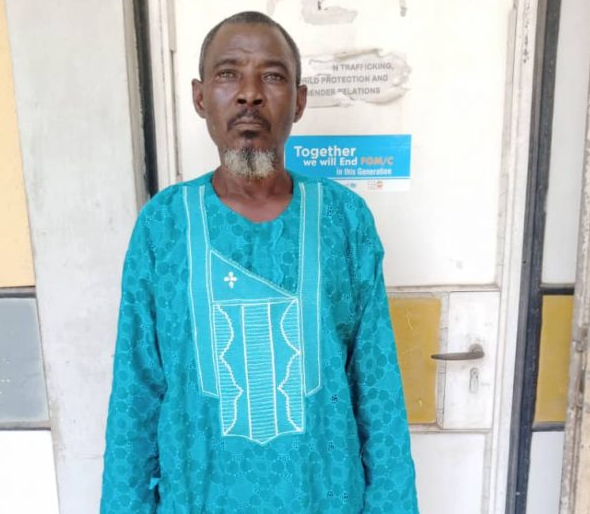 A statement released by the NSCDC Commandant, Adaralewa Michael, stated that Rasak was charged to court for Rape contrary to Section 34(1) and punishable under section 34(2) of the Child Rights Law of Oyo State by the Anti-Human trafficking and child protection unit of the command.

He revealed that the suspect of No S6/387 Oke Oluokun Kudeti Road, Ibadan was arrested for defiling the minor and had continuously raped her for over 4 years.

Chief Magistrate S. H. Adebisi of family court 1 Iyaganku, Ibadan after hearing the count charges against the suspect remanded him till November 8,2021.

“I was misinformed” — Actress Mercy Johnson’s accuser says as she apologizes.