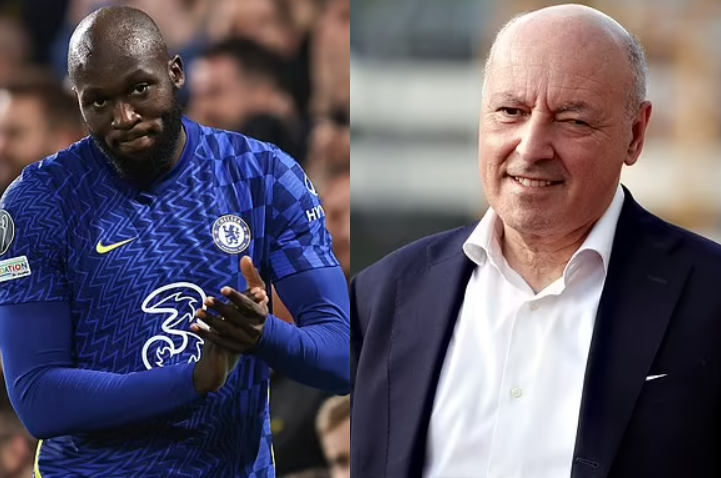 Inter Milan CEO, Beppe Marotta has claimed Romelu Lukaku only joined Chelsea for money after he left the Italian club.

Lukaku fired Inter to a first Serie A title in 11 years with 24 goals last season but left the club for Chelsea in August for a club-record £97.5million.

According to reports, Lukaku is Chelsea’s top earner by a mile, earning £450,000 per week including bonuses and dwarfing the club’s next highest earner N’golo Kante, who is on £290,000 per week.

It’s a huge increase on the money Lukaku was on at San Siro, where he pocketed £142,000 weekly.

Inter chief Marotta believe the huge increase was the reason Lukaku left the Italian champions to return to Stamford Bridge.

While Inter cashed in on Lukaku, their financial troubles meant they could not re-invest the money in the squad.

According to Marotta, they found a perfectly good replacement for the Belgian in Edin Dzeko, who joined on a free transfer from Roma.

‘Lukaku was sold for €115m and we bought Dzeko for free. On the pitch, there isn’t much difference,’ Marotta added.

Bobrisky opens up on why he loves Davido, pleads against misinterpretation

Solskjaer is never going to be at the level of Guardiola, Klopp or Tuchel’