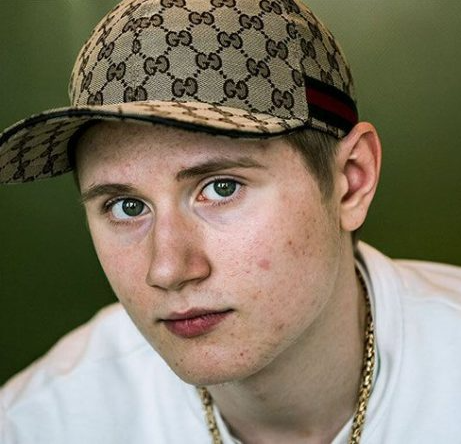 A young Swedish rapper who had a number of chart-topping hits in the country was murdered on Thursday night, October 21, on the streets of Stockholm.

Reports said 19-year-old Einar, whose real name was Nils Kurt Erik Einar Grönberg, was shot in the head and chest in the port of Hammarby Sjöstad.

The shooting comes three months after rival rapper Yasin was jailed for 10 months for masterminding a foiled plot to kindap Einar in 2020.

Also, in April 2020, weeks after Yasin’s plot to lure Einar to a music studio failed, Einar was kidnapped and held at gunpoint for several hours.  He was tied up and beaten in a flat in an attack involving another Swedish rapper Haval Khalil. The kidnappers posted pictures of Einar to social media while he was being held by them, and claimed they sexually assaulted him in an attempt to humiliate him.

No one was charged with sexual assault in the case.

Officers were alerted to a shooting at 10:50 pm last night, October 21, officials said, but paramedics were unable to save the victim, and he died at the scene.

No arrests have been made.

According to the Swedish newspaper Aftonbladet, Einar had received several threats lately, and the Swedish public broadcaster SVT suggested the murder could have been gang-related.

Following the news of Einar’s death, Prime Minister Stefan Lofven said: “It is a young life that has been lost, and I understand that he meant a lot to many young people. It’s tragic that another life has been lost.”

Einar was 16 when he started posting his songs to social media, and had his breakthrough in 2019 with his track Katten i trakten (The cat in the area).

The song made it to number one in the Swedish charts and was included on his debut album Första Klass.

Some of his popular songs include Första Klass, which has been listened to over 33million times on Spotify and Gamora, which has 29million listens.

His last single, FAST HÄR I TRAKTEN, was released earlier this year.