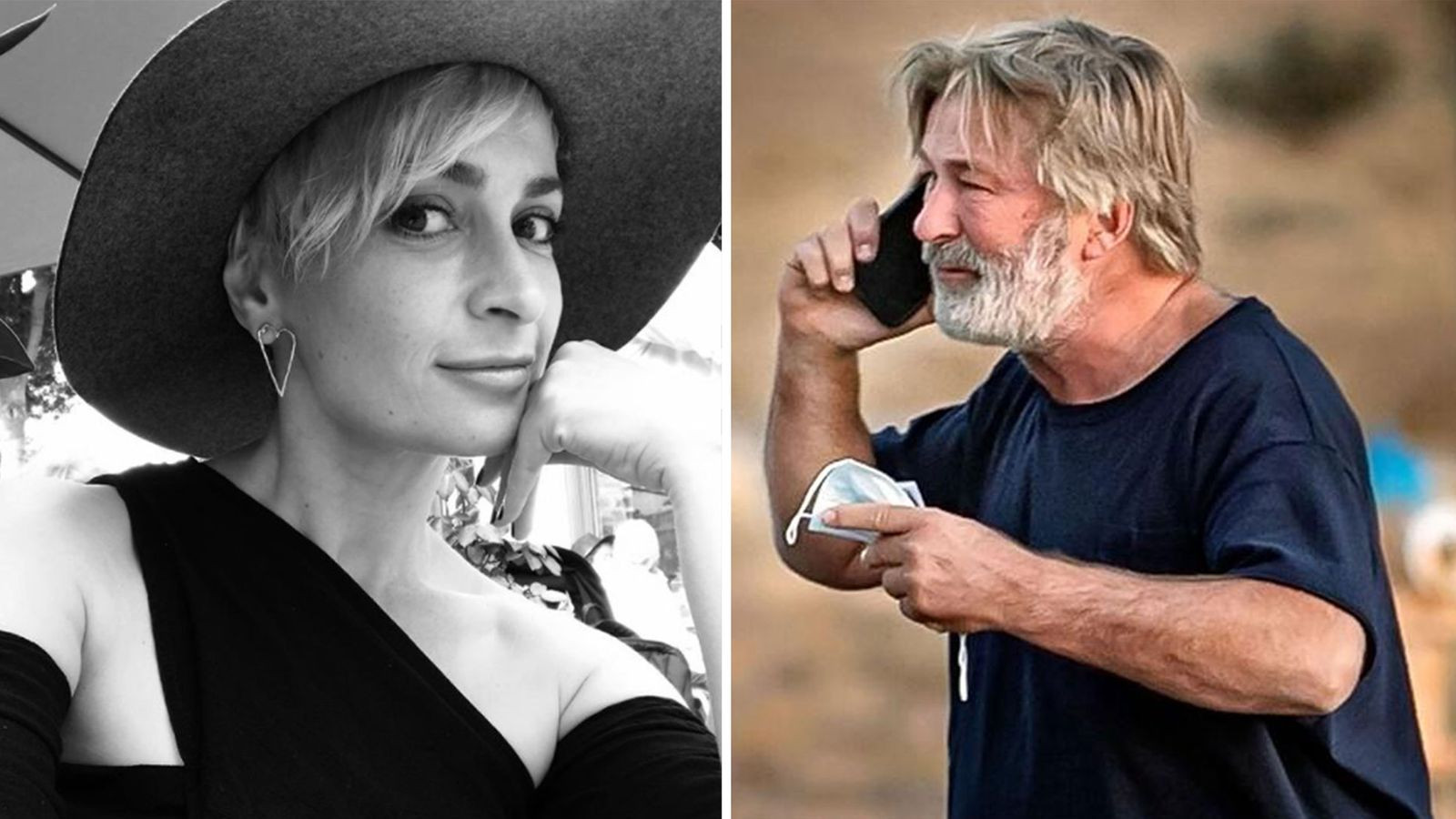 Hollywood actor, Alec Baldwin attended a private memorial on Friday night for the 42-year-old cinematographer he accidentally shot and killed with a prop gun on his movie set.

Halyna Hutchins, 42, was tragically killed on Thursday October 21, when Baldwin fired a prop gun that was loaded with live ammunition.

Her husband and son attended the service in Santa Fe, New Mexico, which included grief counselors on the scene, Showbiz 411 reported.

A public memorial is set for Sunday night in Santa Fe by Local 600 of the International Cinematographers Guild.

Baldwin took to Twitter on Friday to address Thursday’s “tragic accident,” saying he’d been in contact with Hutchins’ husband.

The actor wrote: ‘There are no words to convey my shock and sadness regarding the tragic accident that took the life of Halyna Hutchins, a wife, mother and deeply admired colleague of ours. I’m fully cooperating with the police investigation to address how this tragedy occurred and’

‘I am in touch with her husband, offering my support to him and his family. My heart is broken for her husband, their son, and all who knew and loved Halyna.’

Hutchins’ grieving husband Matthew told DailyMail.com on Friday morning that he had spoken with the actor.

‘I have spoken with Alec Baldwin and he is being very supportive,’ he said.

After the fatal shooting, Baldwin was heard asking people around him why he’d been handed a ‘hot gun’.

‘In all my years, I’ve never been handed a hot gun,’ he was heard saying.

The article that Baldwin tweeted states that the prop gun that was handed to Baldwin ‘was declared safe by the production’s assistant director Dave Halls’ who ‘shouted “cold gun” on set, meaning that the prop gun was safe to use and did not contain any live ammo,’ according to the affidavit.

It also claims that the assistant director said he ‘did not know live rounds were in the prop gun’ which was prepared by armorer Hannah Gutierrez-Reed beforehand.

“Anybody that forgives you for cheating, is also cheating” – Lady sparks debate

El Clasico: Barcelona have no fear ahead of Real Madrid clash – Koeman