BBNaija star, Angel dragged over her choice of outfit to an event; she reacts (video)

Big Brother Naija star, Angel Smith recently came under fire over her choice of outfit to an official event on Friday night, October 22.

Some of the BBNaija: Shine Ya Eye housemates were invited to the Pepsi and BBN party and the 21-year-old writer donned a pink mini-dress which left her boobs bulging out at the top.

In a viral clip, Angel who had earlier mentioned that she doesn’t own a bra, could be seen trying to adjust the dress to prevent her boobs from slipping out.

The video has generated mixed reactions online as netizens criticized her for exposing her body at a relatively corporate event. Some others advised her to take lessons from her senior colleague, Dorathy, on how to package her boobs. 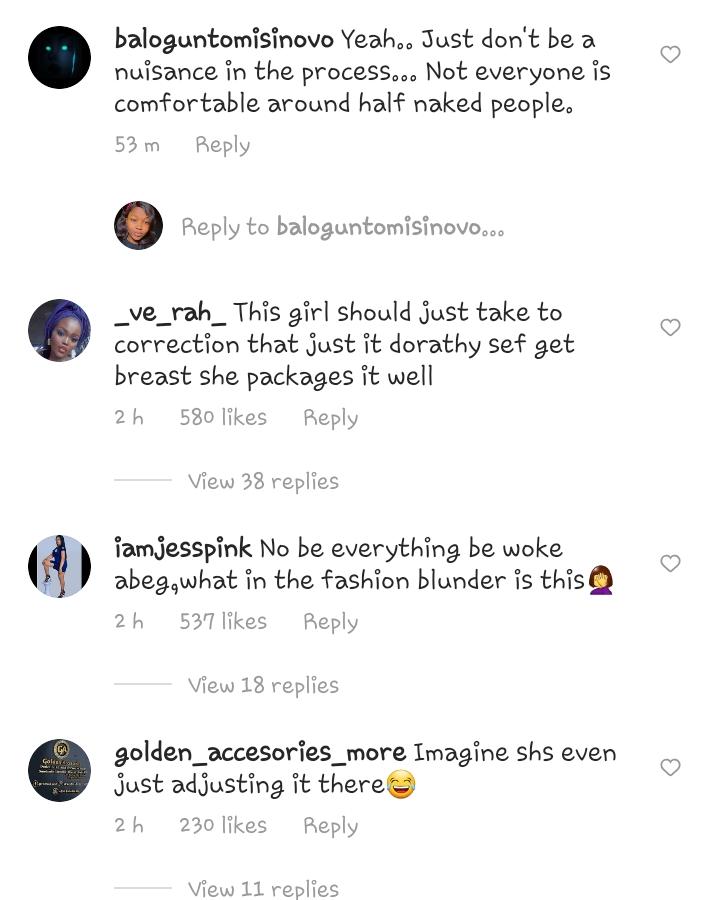 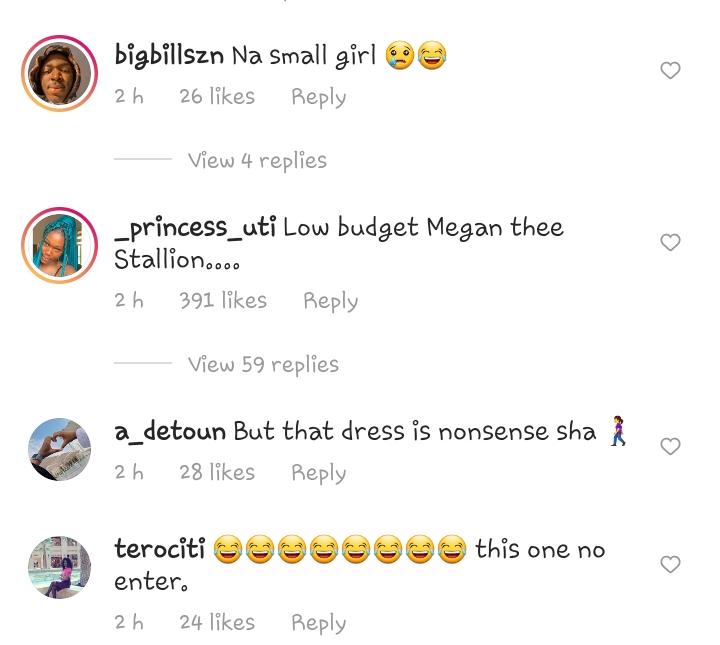 Shortly after she was dragged online, Angel took to her Instastory to share a post which seemed like a reaction to people’s opinion about her outfit.

She wrote, “I’m only interested in writing and making money, every other thing is unnecessary noise tbh” 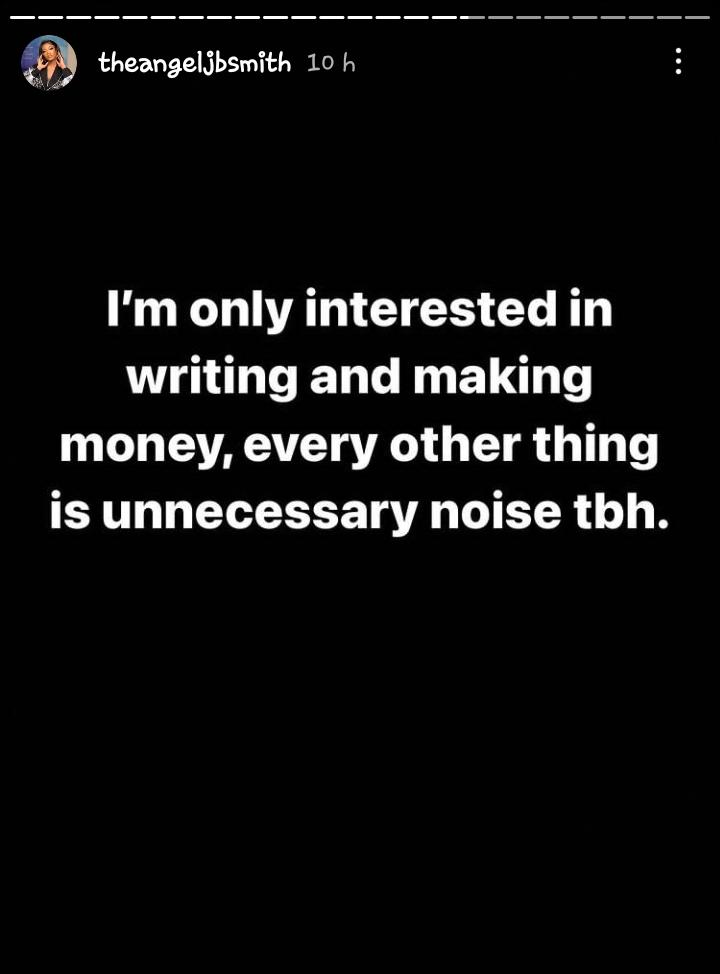