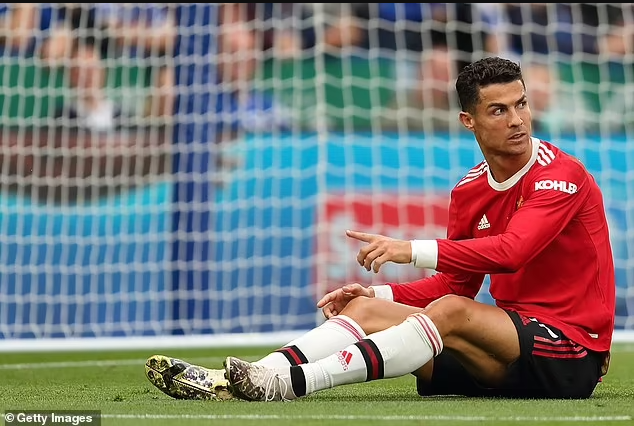 Cristiano Ronaldo has hit back at critics who have questioned his work rate since he returned to his former club Manchester United from Juventus.

Ronaldo has scored six goals since rejoining his former side on the final day of the summer transfer window. He scored a crucial winner against Atalanta in the Champions League on Wednesday night October 20.

United’s form as a team has raised concern and Ronaldo has faced criticism amid United’s concerning three-game winless run in the Premier League.

Reacting to the criticism, the Portuguese icon told Sky Sports: “I know when the team needs my help defensively. But my role in the club is to win, help the team to win and to score goals — [the defensive side] is part of my job.

“The people who don’t want to see that is because they don’t like me but to be honest I’m 36, I win everything so am I going to be worried about the people who say bad things about me? I sleep good at night. I go to my bed with my conscience very good. Keep going with that because I will still close mouths and win things.

“Criticism is always part of the business. I’m not worried about that. And I see it as a good thing to be honest. If they worry about me or they speak about me, it’s because they know my potential and value in football still. So it’s good. I’ll give you an example: if you’re in a school and you’re the best student, you ask the worst student if he likes the best, they’ll say they don’t like him.

“I think the main word is that I’m still happy and enjoying football. It doesn’t matter how many things I won in my career. I win everything but I’m still motivated. I’m in a new chapter of my life, even with my age, and this is why I am here — to try to win and I think Manchester needs to be at this level of winning and thinking to win big things so I’m here to help.”