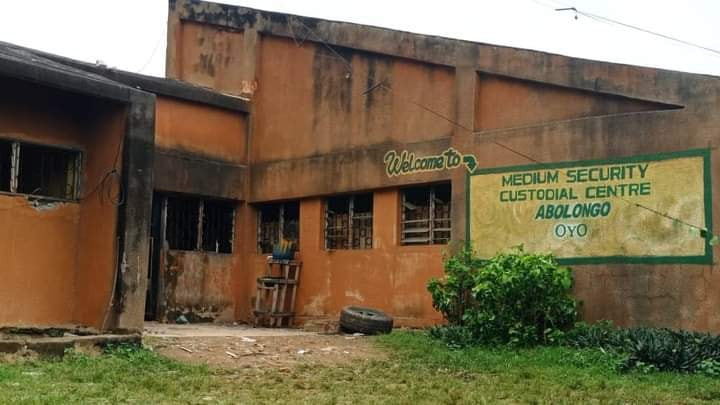 Some of the fleeing inmates have been captured- Minister of Interior, Rauf Aregbesola speaks on attack on Oyo correctional facility

The Minister of Interior, Rauf Aregbesola, has confirmed the attack on the Abolongo Custodial Centre, in Oyo State, by a large number of heavily-armed gunmen on Friday, October 22.

In a statement released by his media aide, Sola Fasure, Aregbesola said the armed squad unit members of the Nigerian Correctional Service and other security agencies on guard at the facility engaged the attackers in a gun duel that lasted for 20 minutes before they were overpowered after the attackers used grenades and other explosives to gain access into the awaiting trial section of the facility and set free many of the awaiting trial inmates. Other sections of the facilities were left untouched.

Aregbesola said security agencies are on the trail of the escaped inmates, while a joint security services manhunt has been launched immediately for the apprehension of the assailants.

He confirmed that some of the fleeing inmates have been recaptured while others returned voluntarily. The Minister advised those who are on the run to turn themselves in, as an escape from lawful custody is a serious offence.