Reports surrounding the video have it that the police officers extorted the sum of 30 thousand naira from the young man – and after discovering the corruption, the comedian became quite furious over the fact that the people who are meant to uphold the law are the ones seemingly breaking it.

In the video, the popular IG skit maker is heard telling people around to capture the police officers’ identities on the live session while he continued to blast them for their alleged dubious act. 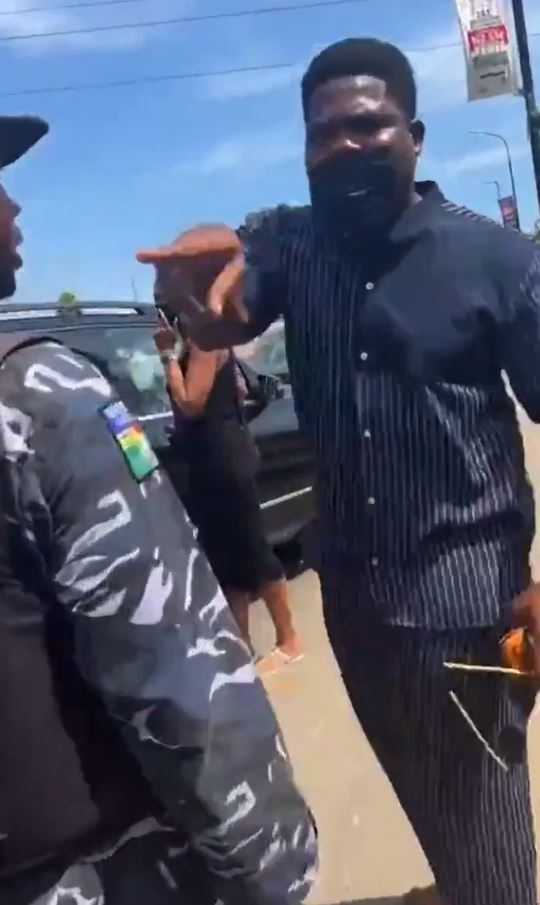