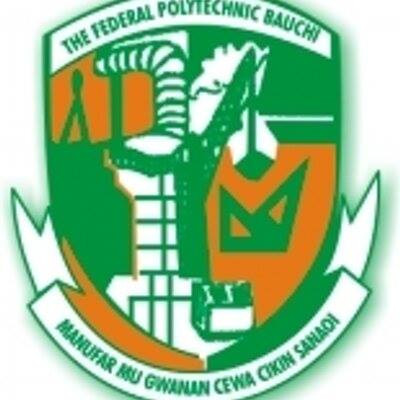 The Governing Council of the Federal Polytechnic, Bauchi, has sacked two of its lecturers who were found guilty of sexually harassing their students.

This decision was made during the 98th meeting of the Governing Council of the Polytechnic which was held on Saturday, October 23.

The dismissed lecturers are Musa Baba Abubakar of the General Studies Department and Adebusoye Michael Sunday of the Nutrition and Dietetics Department.

The development follows a complaint by a Human Rights Organization, Prison Inmate Development, (PIDI Nigeria) accusing the management of the institutition of attempt to shield Mr. Musa Baba Abubakar, who is notorious for sexually harassing female students.

The letter of complaint addressed to the Attorney General and Commissioner of Justice, Ministry of Justice through the Director, Public Prosecution of the Ministry, Bauchi, and signed by Japhet Ikita, alleged that the management of the Federal Polytechnic Bauchi was trying to cover up Baba who is “adjudged a serial rapist, sexual harasser and intimidator of female students in the institution without making it public for prosecution.”

The letter which was dated October 7, 2021, was titled, ‘Emergency: PIDI-Nigeria condemns concealment of rape, sexual harassment and intimidation of two female students by Abubakar Baba, a lecturer and the Management of Federal Polytechnic, Bauchi’.

“The management of Federal Polytechnic Bauchi, Nigeria has displayed an act, suggesting a tactic to offer cover to a lecturer adjudged a serial rapist, sexual harasser and intimidator of Female Students in the institution without making it public for prosecution,” the letter read.

“The lecturer, having defiled one 17-year old female student was caught red-handed by the Rector of the school accordingly; accused of sexually molesting many female students and forcing himself on them”, PIDI said in the letter seen by the medium.

PIDI alleged that the said the lecturer was accorded pardon by the polytechnic, an omen that contravened the state’s VAPP laws.

PIDI quoted the 17-year old girl as saying ”He took a knife and threatened me that if I didn’t agree to have sex with him, he would injure me. I was very scared, then he came close to me, used his hands and pulled down my clothes by the waist side leaving the rest of my clothes and defiled me; there was blood. No man has ever touched me.”

PIDI said the management of the polytechnic has negated existing laws that frown at sexual harassment in Nigeria’s tertiary institutions.

We observed that the management of federal polytechnic Bauchi has become the Chief Law Officer i.e The Attorney General & Commissioner for Justice, for giving a legal advice on un-compoundable offences.

“Finally, we demand that the management of Federal Polytechnic Bauchi should immediately furnish the office of the Attorney General & Commissioner of Justice, with the outcomes of the committee findings on the alleged offence for prosecution.

“PIDI-Nigeria is in possession of unequivocal evidence to drag both the polytechnic, its principal officers and the lecturer to court should those responsible to hold the culprit accountable fail to do their work”, the Organization added.

However, addressing journalists at the end of the meeting which lasted for several hours, the Rector, Arc. Yahaya Gumau, denied the allegations that the school management was trying to cover up the matters and the erring lecturers.

“I welcome you to witness the final verdict of all that have been making waves in the media concerning the issue of our staff who was reported to have been allegedly involved in rape, Abubakar Musa Baba,” Arc Gumau said.

“But what surprises me the most is that it is only his own name that is being mentioned. The other lecturer’s name was silent in the media, I don’t know the reason or the rationale behind it.

“This issue of Musa Baba, came up on August 3, 2021. The extant rule of the Polytechnic is that, if an issue of this magnitude happens, the complainant has to write. And immediately when she wrote, the Registrar, that very evening, was in my house with her HOD.

“I directed that the staff be queried which was the next line of action as per the extant rules of our institution as provided by the federal government. But when his reply was not satisfactory, we established a committee to investigate that matter thoroughly to its logical conclusion.”

He added that: “After the committee submitted its report, the next authority that should have looked into the issue is the Sub-Committee of the Council. And the Council normally meet quarterly. This issue happened after the last council and it was the next meeting that would decide on the case.

“The Senior Staff Appointment, Promotion and Disciplinary Committee met and invited the suspect. We cross-examined him and made our recommendations to the Council.

Gumau said that the two ladies (victims), have military backgrounds noting that, “the case of Musa Baba, the student involved, her father is a military man”, adding that “this second one also, her sister who was financing her, is a military personnel and she was the one who gave her the clue on how to go about the case.”

He said that the issue has been treated to its logical conclusion, stressing that the Council of the Federal Polytechnic, Bauchi, in its 98th sitting, has finally, dismissed these two staff.”

The Rector said that the dismissal letters of the erring lecturers would be handed to the Police and the Department of State Service who assisted the institution on the matter, for subsequent submission to them.

Meanwhile, PIDI-Nigeria has allegedly received a letter from a law firm representing the Academic Staff Union of Polytchnic (ASUP) Federal Polytechnic Bauchi Chapter, demanding the immediate retraction of the ‘libelious statement against their client’. See the letter below: