An old video from the Big Brother Naija House has emerged after the drama involving its former housemate, Maria, Cubana Chief Priest and a certain Kelvin.

Recall the Celebrity Barman this evening called out Maria over allegations that she snatched his sister’s husband, simply identified as Kelvin. (See here)

The old video shows the moment Maria uttered the name Kelvin, while she was trying to call on Pere.

There is also a screenshot of Maria writing on her Instagram story, “If I can’t have you, nobody can”. This was posted three days ago.

Folks on social media are now linking this to the recent husband-snatching drama. 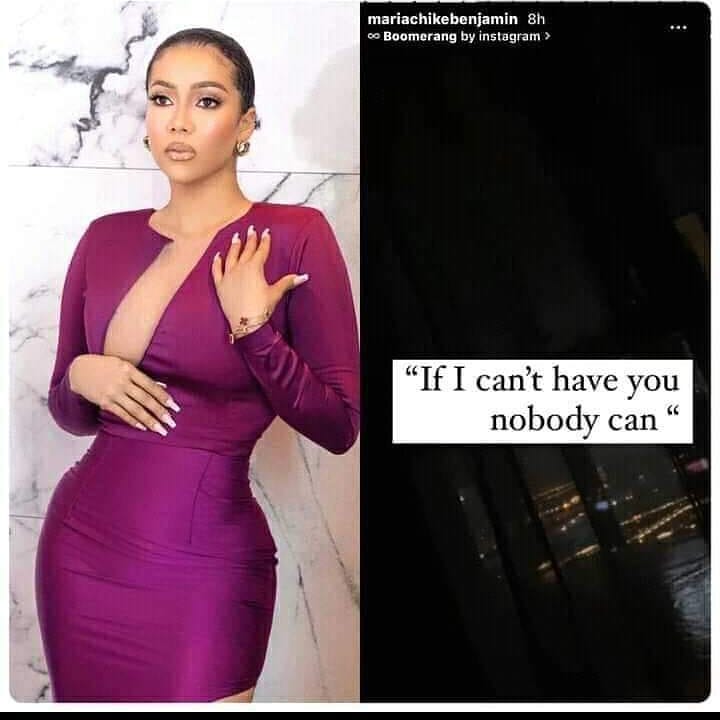