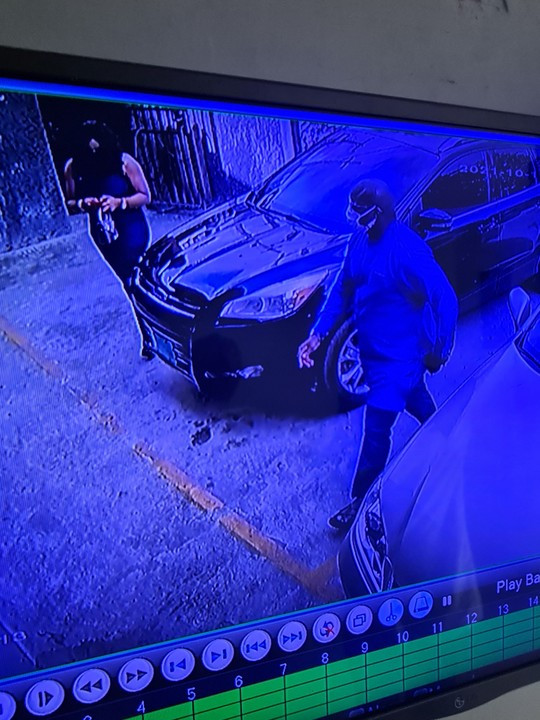 A N200K reward has been promised after a man was declared wanted over theft of an iPhone 13 Pro Max and alleged hypnotization of a female entrepreneur.

The female entrepreneur identified as Joy Chinyere Nwaokocha, ran into trouble over an alleged theft of an iphone 13 Pro Max valued at close to a million naira.

Joy was sent by her boss to Ikeja to buy an IPhone 13 Pro max, few hours after the sum of 910k was sent to her. She sent her boss a receipt and image of the phone acquired from in Computer Village.

She however became unreachable while on her way to deliver the gadget. Upon being tracked by police and her employer close to the main gate of 1004 estate, she claimed she was hypnotised by a man and dispossessed of the iphone 13 pro max. Joy, a 26 year old graduate of FUNAAB, also stated that she handed him her phone and password and also forgot all her possessions in the man’s car amongst other claims.

Joy was detained by the police but released after her family pleaded for settlement, paying the sum of N250k to her employer and promising to pay the balance later.

The man seen in the CCTV video and photos below has been declared wanted. The man who is suspected to be her lover is still at large, he was captured in a CCTV footage alongside Joy alighting from his Ford tinted mid size SUV. The man appears to be in his early 40s.

Members of the general public who may have information leading to the arrest of this unidentified man, will be rewarded with the sum of N200,000. He was last seen on October 19, 2021 around the environs of Victoria Island between the hours of 5pm and 7pm.

This would hopefully clear Joy’s name as she may be innocent and bring the culprit to book.