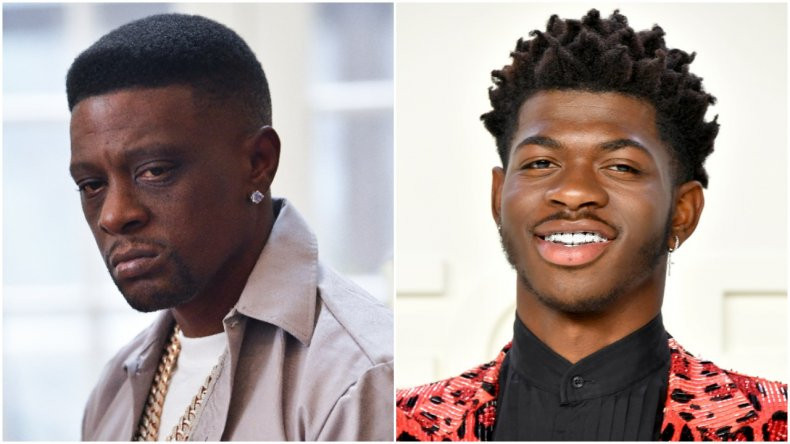 Rapper Boosie went off on a homophobic rant yesterday, after Lil Nas X said he will be collaborating with him.

Boosie Badazz responded to this with a homophobic attack, telling Lil Nas X to commit suicide. He wrote “Stop trolling me fa**ot lol!! u a whole bi**h playing with a gangsta smh u can keep sucking d**k n gettin f**ked in your a** N peace N #uhateyourself i would too if i was you lol nasx if you #commitsuicide you would do this world a huge favor nobody wants u here.”

After the tweet with homophobic rant got deleted, he later posted another tweet saying, “#thinkaboutit NOBODY WANTS U HERE!!”  along with a funny video mocking Nas X in a different post.

Lil Nas X then decided to revert to Boosie’s remarks saying, “I am truly saddened. I have never been so mortified in my life. I can’t believe disney channel has yet to play halloween town this entire October.”

Boosie Badazz has called out Lil Nas X on a number of occasions this year and the rapper was at it again after the latter in his Instagram Live session joked that he had a song coming out with him. Boosie clearly got pissed with Nas X’s joke as he went on a volatile homophobic rant before ultimately deleting the post.

Our universities can’t withstand another strike