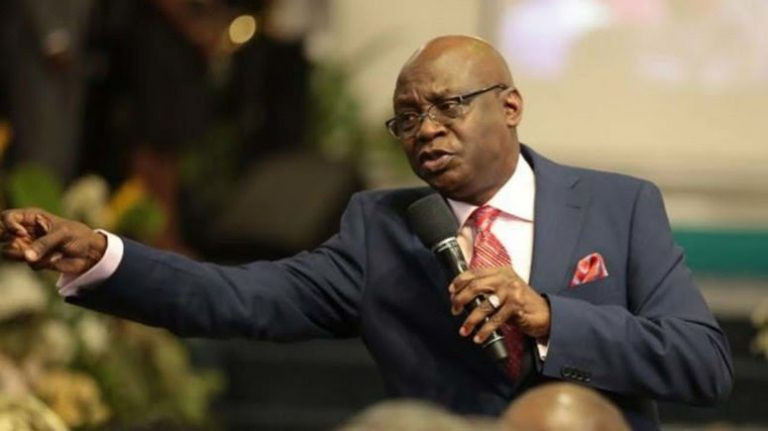 Anyone who wants to lead Nigeria must negotiate with the north

Pastor Tunde Bakare, serving overseer of the Citadel Global Community Church has said that anyone who wants to lead Nigeria must negotiate with the North.

Stating that he doubts the north would willingly give up power in an interview with ThisDay, the cleric and former Vice Presidential candidate added that “the north has a way of giving you the crown and holding the sceptre.”

He also averred that for such situation to change, “our glorified death certificate called the Nigerian constitution must have to go through a rejig”.

“The way our country is constituted right now, no matter who wants to lead this country. Anyone that wants to lead this country right now will have to negotiate with the north and the north has a way of giving you the crown and holding the sceptre and if that’s going to change, our glorified death certificate called the Nigerian constitution must have to go through a rejig.

“I honestly will say, almost all the things that were going for the north in the days of Ahmadu Bello are no longer there. The textile industries where they dominated are not there anymore. The groundnut pyramids, etc. And what they have is what they hold. They have power.

On if the Buhari-led administration has done well in the last six years, Bakare said;

“To start with, the kind of ill health he had, he had never had such a thing and that affected grossly the first term. That ill health was a major thing. That he is still alive today is a miracle. If you put all the six years he has spent, other than infrastructure development, the promise he made to the public concerning Boko Haram or security, we know it has gone worse, as far as I am concerned.

“They say it’s not as bad as we think. But I need to be convinced. The rail track, a few days ago to Kaduna, they bombed it. When my brother, Nasir el-Rufai said I should take the train to Kaduna, I said I will wait. They are trying their hardest, but no matter from which angle you’re looking at it, whether it is economic, whether it is politics, whether it is security, you will have something negative to say. But it is easier to be critical than correct. I will not beat my chest until I sit on that seat and do better.”

The Pastor reiterated that he would “never sacrifice truth on the altar of friendship”.