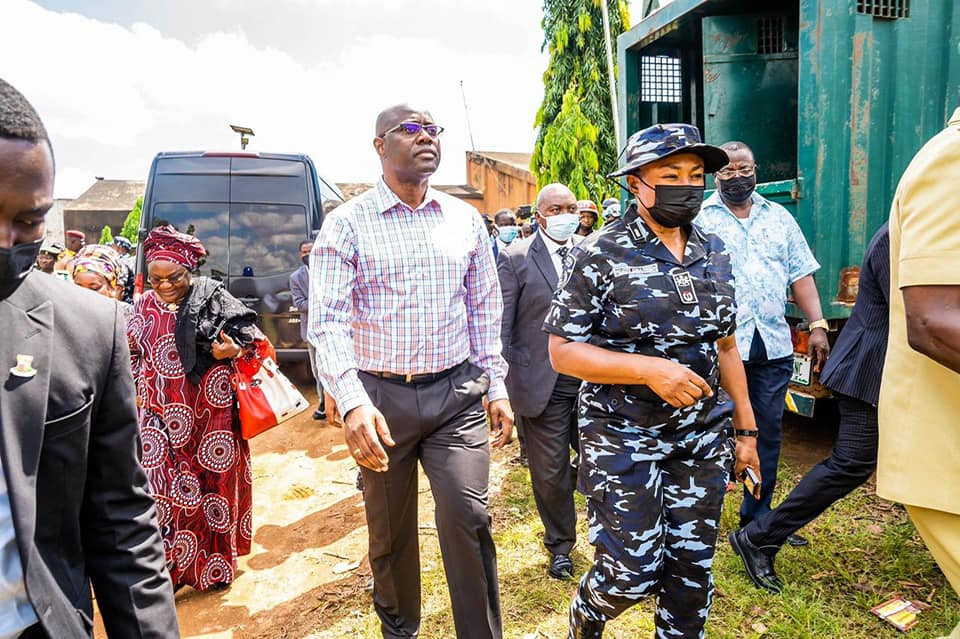 Recall that gunmen attacked the correctional centre at about 10pm on Friday, October 22 and set many of the prisoners free. Some of the fleeing inmates have been recaptured while others returned voluntarily.

The Governor, while speaking after an inspection of the attacked centre, said that he has ordered that the main road leading to the facility be immediately graded.

A statement by the Chief Press Secretary to the governor, Mr. Taiwo Adisa, indicated that Governor Makinde also promised to install security cameras in the facility and link same with the security situation room in the state.

“This is shocking and, unfortunately, we lost a soldier and an Amotekun Operative. Another person is on danger list at the University College Hospital (UCH), Ibadan, as we speak,” the Governor said.

“In the main, investigation is still on-going and we cannot say precisely whether this is an isolated event or the beginning of a wider issue that we have to deal with. But whatever the case is, we have made an assessment and taken some immediate decisions.

“We have asked that the main road to this facility be graded immediately. We will position security cameras here and link it back to our security situation room. It is not just only for this facility but for other correctional facilities in the state.

“We are also making a list of critical state assets that we need to monitor and I have also asked that the entrance and exit points into the state be monitored. We still have almost 300 criminals that are on the loose in the state. So, efforts will still continue to try and apprehend the criminals and bring them back here.

About the high-profile suspects here, people are very quick to start talking about conspiracy theories. What I can say is that investigation is still on. Yes, there were high profile criminals that were held in this facility.

Again, I will appeal that our people should be calm. We have challenges around the country – banditry, insurgency and terrorism. And we can only deal with those issues when we have the people in alignment with what the leadership is trying to do.

“So, they should please believe that their leaders will tell them the exact situation of things at the appropriate time.”

2023: Yoruba Muslims will not vote for Christian presidential candidates from the Southwest