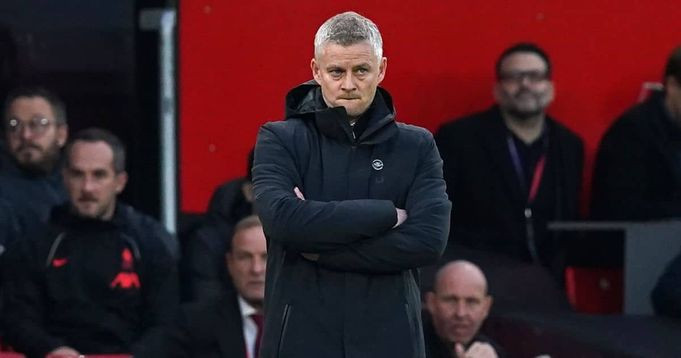 The under-fire Norwegian boss, 48, watched as his side were ripped apart in a 5 – 0 defeat by Liverpool at Old Trafford on Sunday.

United have suffered five defeats in their last nine games and are without a win in their last four Premier League matches. Sunday’s 5-0 thrashing by Liverpool was United’s worst-ever home defeat to their biggest rivals.

In the aftermath of the Liverpool debacle, Solskjaer maintained the squad was on course to succeed under his management.

“I do believe in myself, I do believe that I am getting close to what I want with the club. I think what we’ve done, what I’ve seen, the development, of course the results lately haven’t been good enough, it’s hands up and that brings doubt in anyone’s mind probably.

“But I’ve got to keep strong and I do believe in what we’ve been doing, the coaching staff, the players. Today’s rock bottom, low in confidence.

“Next week is Tottenham away, it’s a Champions League game Atalanta, the next team who visits us is Man City. We have to look forward, sort our frames of mind out and make sure we go into the next training session in the right frame of mind.”

According to the Manchester Evening News, United’s hierarchy are so concerned by performances they are now giving ‘serious consideration’ to removing Solskjaer from his post.

The MEN earlier revealed former Inter Milan and Chelsea coach Antonio Conte is open to taking over as Solskjaer’s replacement but has reservations over United’s structure.

Zinedine Zidane, another coach who is a free agent, has also been linked with the post.