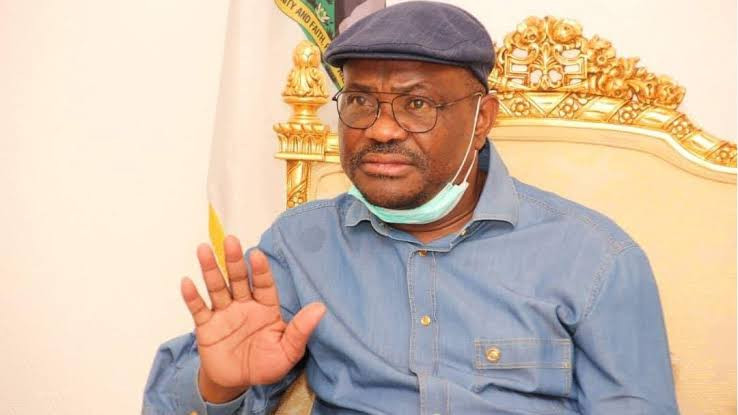 Nyesom Wike, governor of Rivers, has stated the state is not in a fight with the federal government over the collection of value-added tax (VAT).

Wike revealed this on Sunday, October 24, in Abuja at a public lecture to mark the 60th birthday of Ahmed Raji, a senior advocate of Nigeria (SAN).

The Federal Inland Revenue Service (FIRS) and some state governments notably Lagos and Rivers State are currently embroiled in a legal tussle over VAT collection.

In September, a court of appeal directed the Federal Government to continue collecting VATs pending the determination of an appeal filed by the FIRS to stop stated from collecting the VAT.

Rivers State had also asked the supreme court to set aside an order of the court of appeal.

Speaking on the development, Wike, who was represented at the event by Zacchaeus Adangor, attorney-general of Rivers, said the state was only trying to pursue what was right.

According to him, Rivers and the federal government are co-equal because they both “derive their lives from the constitution”.

“When you put all the principles together, what it means is that each level of government, whether federal or state, is co-equal because none derives its life from the other. They both derive their lives from the constitution because they have co-equality.

“That is the fundamental aspect of fiscal federalism and until we get it, we will continue this journey of talking without result, but I think that the court has a role to play.

“The court can lay this crisis and controversy to rest when it makes a pronouncement.”