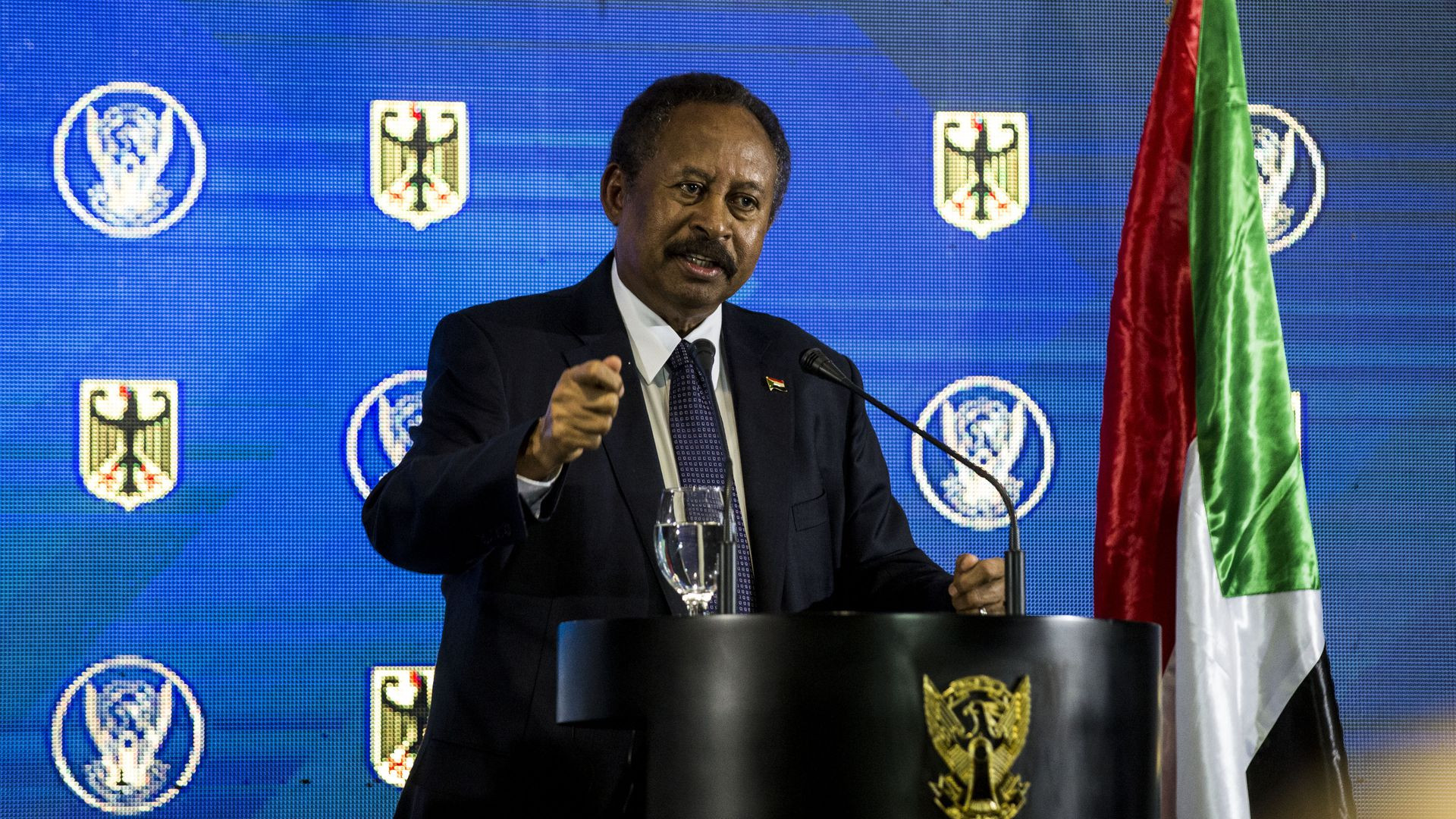 Sudan PM Abdalla Hamdok is under house arrest amid the coup

Members of Sudan’s transitional government and other civilian leaders have been arrested amid reports of a military coup.

Prime Minister Abdallah Hamdok is among those reported to have been put under house arrest by unidentified soldiers.

Military and civilian leaders have been at odds since long-time ruler Omar al-Bashir was overthrown two years ago and the transitional government set up.

A statement from the information ministry on Facebook said the detentions were carried out by “joint military forces” and those arrested were being held in “an unidentified location”.

Witnesses have said the internet is down in the the capital, Khartoum, while images have appeared on social media showing angry crowds burning tyres in the streets.

The army and paramilitary have been deployed across the city, restricting the movement of civilians, a witness is quoted as saying by Reuters news agency.

Khartoum airport is now closed, and international flights are suspended.

Sudan’s main pro-democracy group has called on its supporters to resist any military coup.

Economist’s article is flawed, no administration has tackled insecurity like Buhari’s