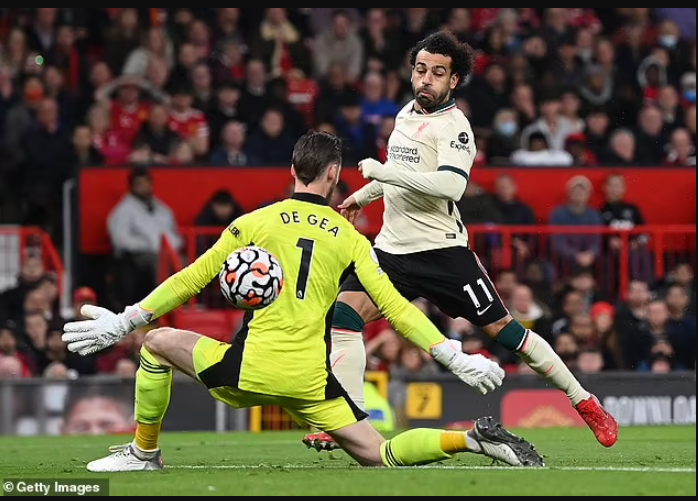 Manchester United goalkeeper David de Gea has he and his team-mates for ‘played like kids’ after they were thrashed 5-0 by Liverpool at Old Trafford.

The Red Devils were thrashed with goals from Naby Keita and Diogo Jota followed up by a hat-trick from the in-form Mohamed Salah to seal off the commanding victory.

The Spaniard goalie has now given a brutal assement of United’s horror show as he sympathised with angry fans.

‘We play like kids,’ admitted the goalkeeper after the game, via The Mirror.

He later penned a message to the Old Trafford faithful on Instagram, saying: ‘I feel the pain of our supporters, you give the team everything and we must do the same. I love this club and we will not accept this performance.’

Ronaldo did score one but it was chalked off for offside.

United’s nightmare afternoon worsened as Paul Pogba was shown a red card for a high and dangerous tackle on Keita, after referee, Anthony Taylor consulted the VAR pitchside monitor.

Fleri Inc, startup that puts the immigrant financial wellness at the forefront joins the Techstars