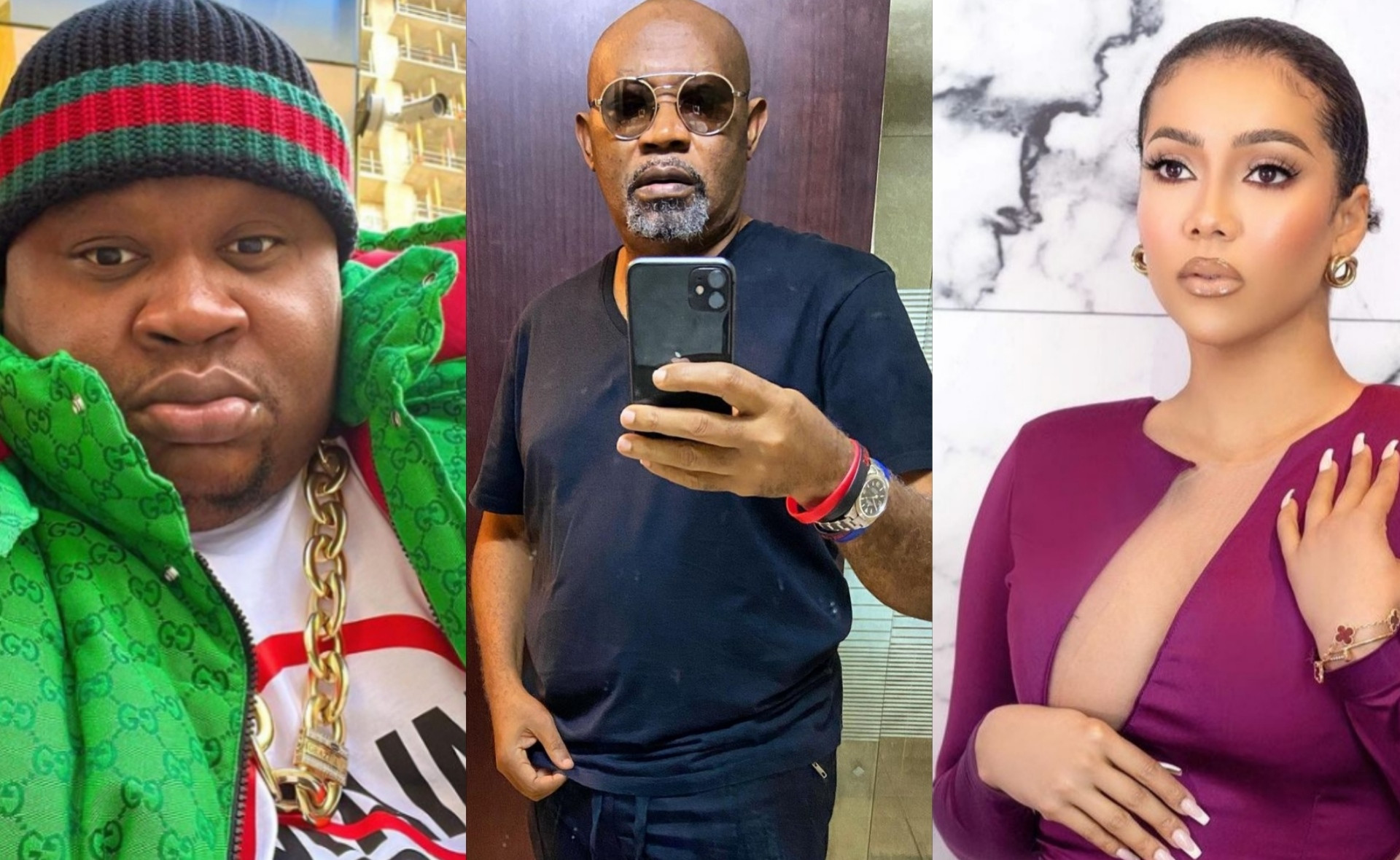 You get daughter abi, e go reach you very soon

Cubana Chief Priest has reacted to entertainment executive, Paul Okoye releasing his phone numbers after he did same to Maria while sharing an alleged chat between the reality show star and his sister, Maryanne Onyinyechi.

Cubana Chief Priest never censored Maria’s phone number as he shared the chat, shortly after LIB’s exclusive on some incidents that happened before he called out the reality show star for allegedly snatching his sister’s husband, Kelvin.

However after Paul Okoye leaked Chief Priest’s phone numbers after he did same to Maria who was formerly signed to his (Paul) management agency, the socialite waltzed into his comment section, alleging that he is fighting for the reality show star because of 10-15% management fee.

He also stated that Paul’s daughter will be subjected to same treatment his sister is getting. Cubana Chief Priest wrote;

Because of 10% 15% management money, you get Daugther abi e go reach you very soon