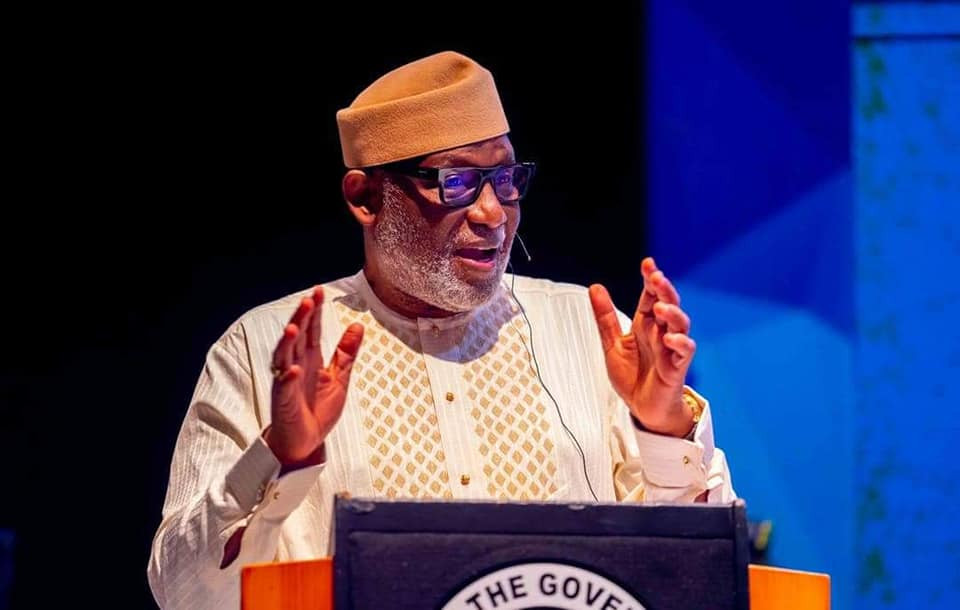 Being wives of political office holders, singing and dancing at rallies not enough

Ondo State Governor, Rotimi Akeredolu, has charged women in the country to embrace politics beyond the jamboree associated with their presence, which he said is usually singing and dancing at political functions.

Governor Akeredolu said the country is faced with various issues including socio-economic challenges which also require the intervention of Nigerian women.

The Governor spoke in Lagos on Tuesday October 26, at the 21st National Women’s Conference of the Committee Of Wives Of Lagos State Officials (COWLSO) held at the Eko Hotel And Suites, Victoria Island.

While pointing that the country is at a cross road, Arakunrin Akeredolu also called on women to fashion out specific ways of intervening in the worrisome security situation in the country, adding that the first set of mass kidnap in the nation was the Chibok girls in 2014.

“Our country today is at a cross road. One thing appears missing to me in our conversation here. It is the issue of insecurity in Nigeria,” he said.

“Insecurity is limiting our National development. Insecurity is the cause of the poverty you are addressing today. With insecurity, governance is zero. We should look at specific ways women can intervene to change the narrative. Women are being kidnapped. The first set of mass kidnap in the country are chibok girls. We are here to change the world. I can assure you as women that you can change the world.”

Governor Akeredolu who delivered the key note address and declared the conference open as the Special Guest of Honour enjoined the wives of elected and appointed officials to use the rare privilege they have to influence their husbands in making favorable policies for women.

He explained that the quality of the participation and favorable policies will go a long way in determining the growth of women in the society.

The Governor urged that it is time to shift focus to the training of the girl child so as to meet the yearnings for gender-parity in the society.

“We must do more than what we were doing before. We must stop the obnoxious practice which limit the potential of the girl-child. We must resist the attempt by those who crave perpetual domination,” the Governor said.

“You must work on the curriculum of our education. Our women must feel that their gender is free. We must not limit their freedom. I can see women savaging this country. Being wives of elected or appointed political office holders is not enough. I believe that it is salutary to have spouses who are very supportive of their husbands in many ways.”

Governor Akeredolu who called on women to always support one another, said: “It has been discovered that women are enemies of themselves. “Be light to other women. It has become imperative that wives of political office holders must be pillars of support. Do not compromise the integrity of your husband.”