The ‘Money geng’ as they are fondly called, went all out to surprise the 29-year-old businessman on Monday, October 26. He was presented with a gold chain with customized ‘WMG’ pendant, picture frame, box of money and other gifts. 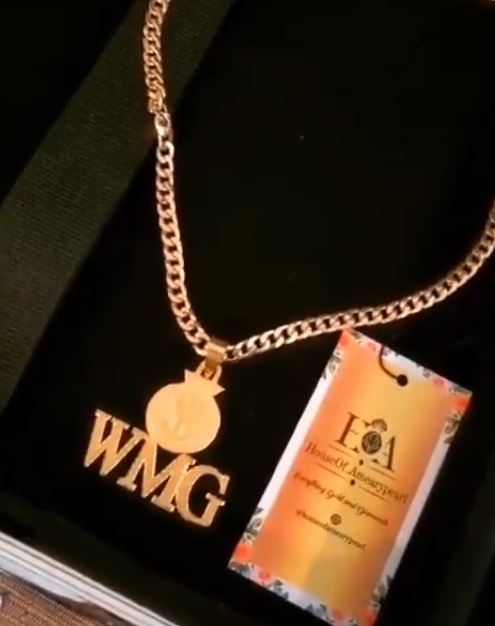 According to a post shared on Twitter by the jeweller, the gold chain is worth N2 million.

“Super proud of Whitemoney geng
The Italian gold jewelry they purchased from us costs 2 million naira only.
Una too much…
Thanks to the team for reaching out and trusting us.” 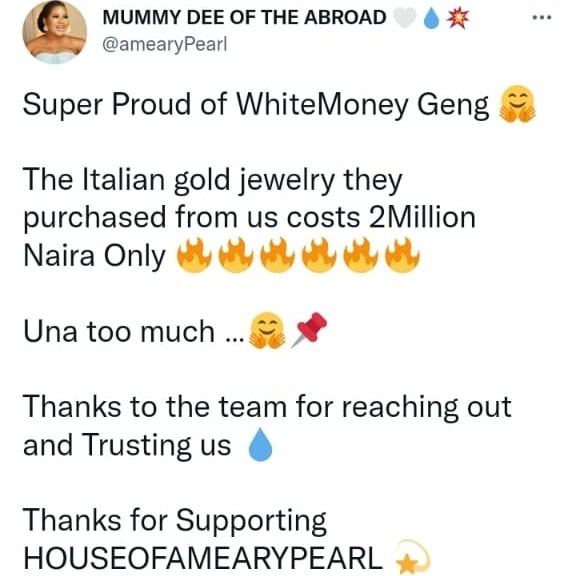 Recently, fans of Whitemoney and his bestie in the house, Queen showered them with gifts.

The reality stars were close friends in the house and at some point left their fans guessing that there’s a chemistry between them.

Although Whitemoney has repeatedly declared that he is not in anyway romantically attracted to his close ally in the house, Queen this did not stop their fans from shipping them.

On Thursday evening, October 14th fans of the reality stars, the “whitequeenshippers” surprised them with loads of gifts, which included Cash, a framed photo of the duo together, shoes, chocolates, jewelries, amongst several other goodies.

However, during the gift presentation the shippers noted that they weren’t trying to force a relationship between them but appreciating their friendship.

Florida Governor offers $5,000 to sacked unvaccinated police officers if they relocate to the state