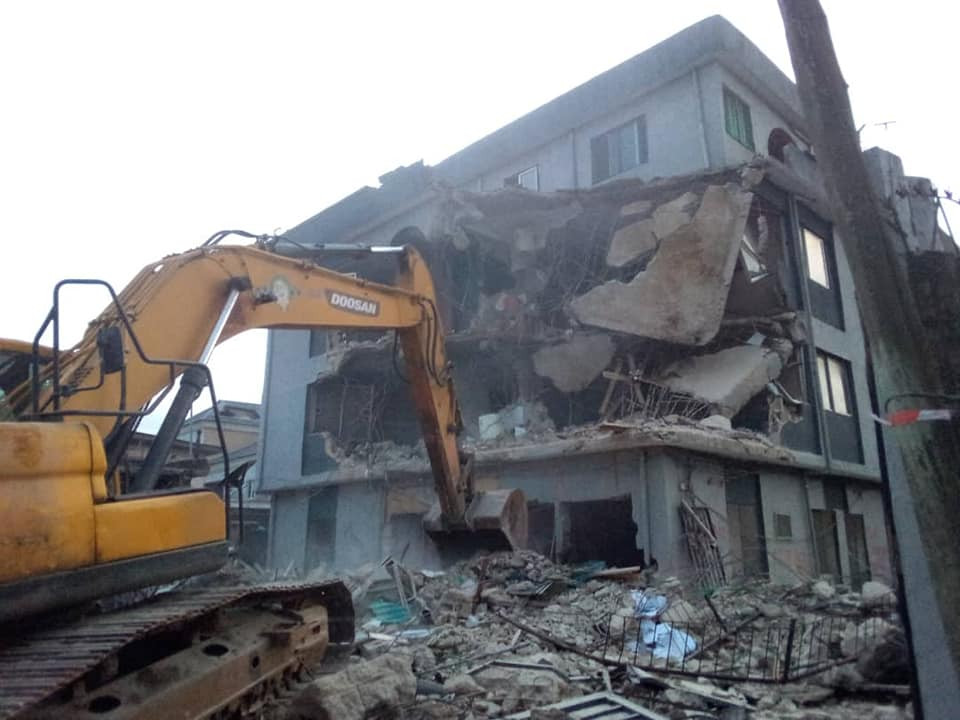 The Lagos State Emergency Management Agency, LASEMA has commenced the demolition of a partialy collapsed two-storey building in Aguda area of Surulere.

The Agency in a statement said it has deployed its Cobra Squad at Onipanu to No 4 Kola John Street off Fehintola Giwa Street, Aguda Surulere, where the building partially collapsed at the back on Sunday night, 24th October, 2021, thereby making it unsafe for residents.

“Fortunately, no casualty was involved in the incident. The Agency’s Response Team alongside LASBCA, LNSC and Lagos State Task Force were responders at the incident scene,” the statement read.

“The occupants were advised to move their properties out of the building so as to avert a disaster that could result to loss of lives.