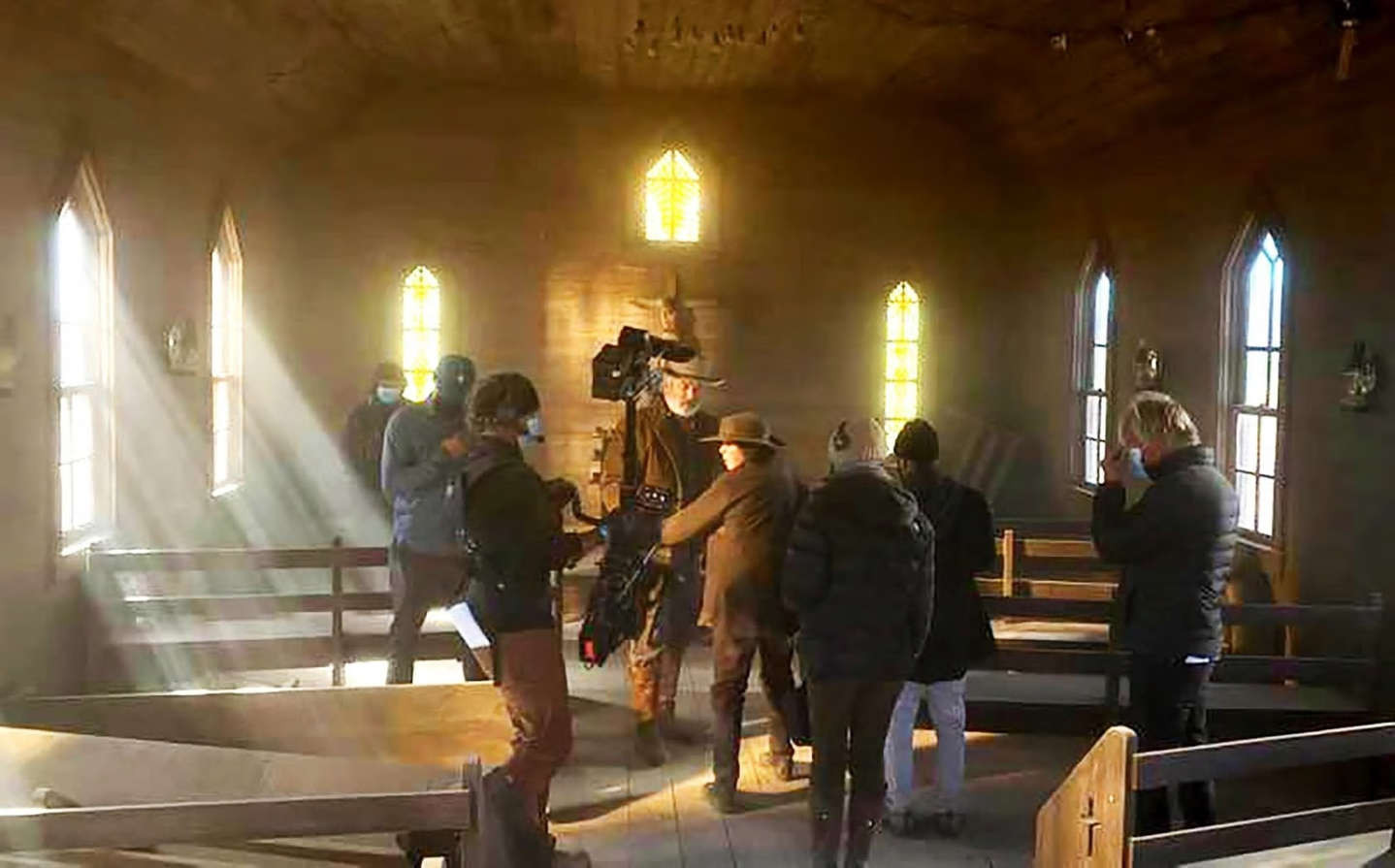 A photo which captured the final moment of ”Rust” movie Director of photography, Halyna Hutchins before she was accidentally killed after actor Alec Baldwin misfired a prop gun, has been shared online.

Serge Svetnoy, the movie’s head electrician, said on Facebook that it was the final picture taken of the 42-year-old director of photography on set in New Mexico. Hutchins is seen wearing a tan beanie with headphones covering her ears.

Mr Svetnoy blamed “negligence and unprofessionalism” on the part of the film’s armorer and assistant director for Hutchins’ death.  He wrote;

“To save a dime sometimes, you hire people who are not fully qualified for the complicated and dangerous job, and you risk the lives of the other people who are close and your lives as well.”

The photo came off as eerie as it was also inside same church that she was shot and killed, after the gun Baldwin was holding fired a live round that struck her in the chest.

This is coming after it was reported that crew members used guns with live ammunition for target practice on the morning of the incident.

The crew would regularly take guns off the set at Bonanza Creek Ranch near Santa Fe, New Mexico, to shoot at beer cans nearby in a pastime known as “plinking”, CNN and The Wrap website reported.

One of the guns used was later handed to Baldwin, who fired the shot that killed Hutchins, 42, and injured director Joel Souza. The star believed he was handed a “cold gun”, meaning it did not contain any live bullets.

An inventory, filed in Santa Fe County Magistrate Court, of what was discovered on the set did not specify what kind of ammunition was seized, and whether it included regular bullets, blank cartridges or dummies. Live bullets are generally forbidden on film sets.

Mike Tristano, a veteran professional armorer based in Los Angeles, told the New York Times that the loose ammunition and casings “raises questions about the organisation of the armory department.”